LA JOLLA SHORES – The beach wasn’t closed on the Saturday morning in January when the San Diego tsunami was supposed to hit.

This warning hit the homescreen of some phones at a little before 7 a.m. on January 15th, 2022:

“County OES-Tsunami Advisory issued by National Tsunami Warning Center for the San Diego Coast. Coastal areas of San Diego could experience strong currents that may be hazardous. Waves expected to start at 7:50 AM PST. Waves of 1 to 3 feet are possible. Please move off the beach and out of the harbors and marinas. Avoid the coastline. tsunami.gov for more info.”

An undersea volcano had erupted in the Pacific off of Tonga yesterday evening. Tsunami warnings had been issued in Hawaii and on the Southern California coast. 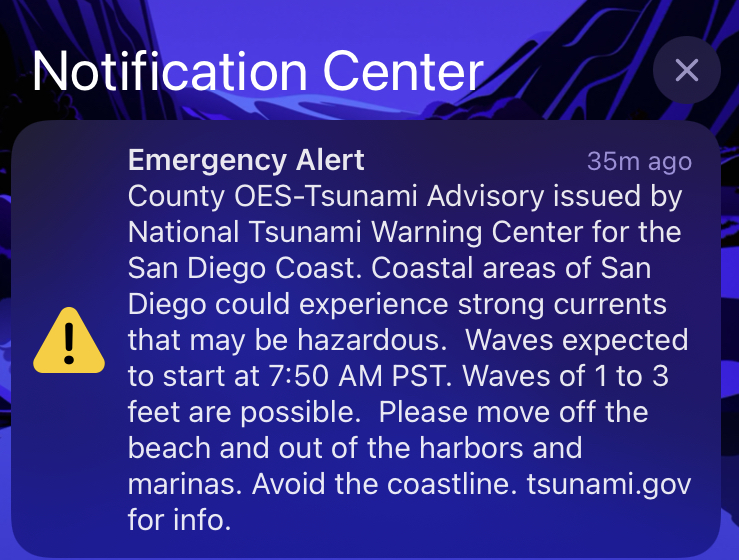 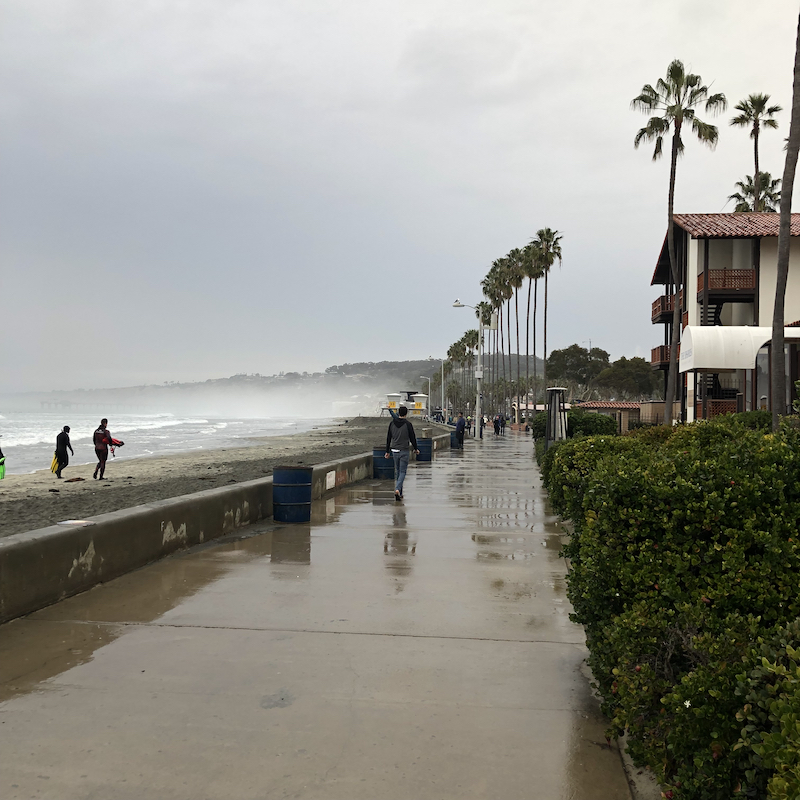 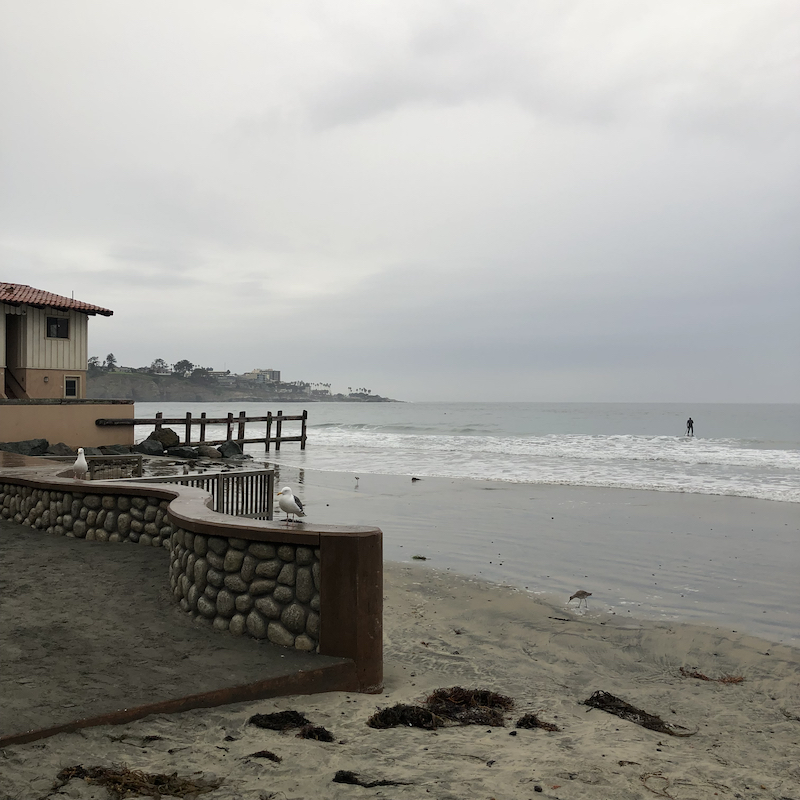 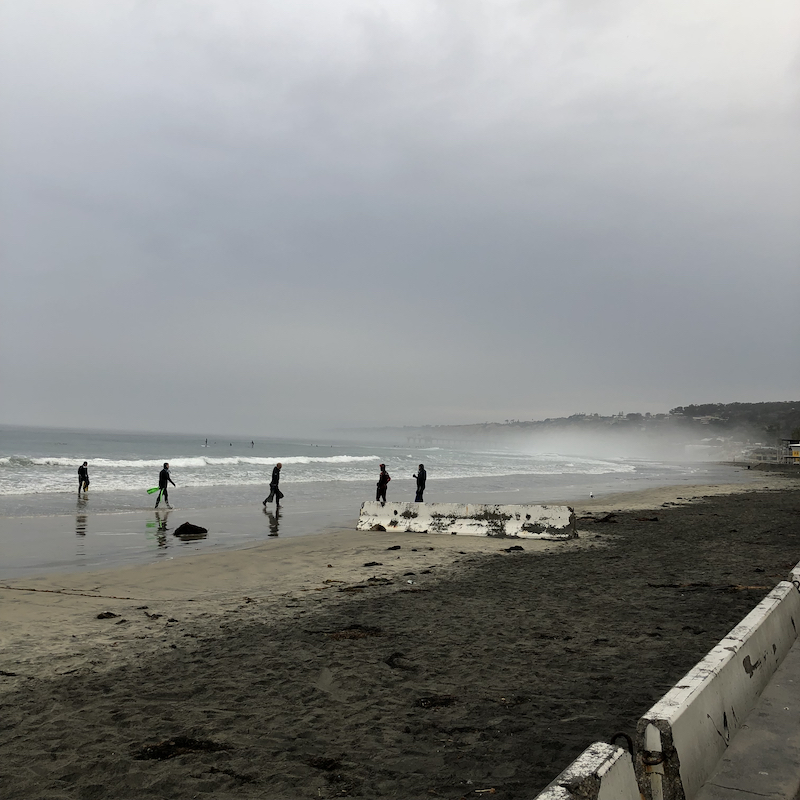 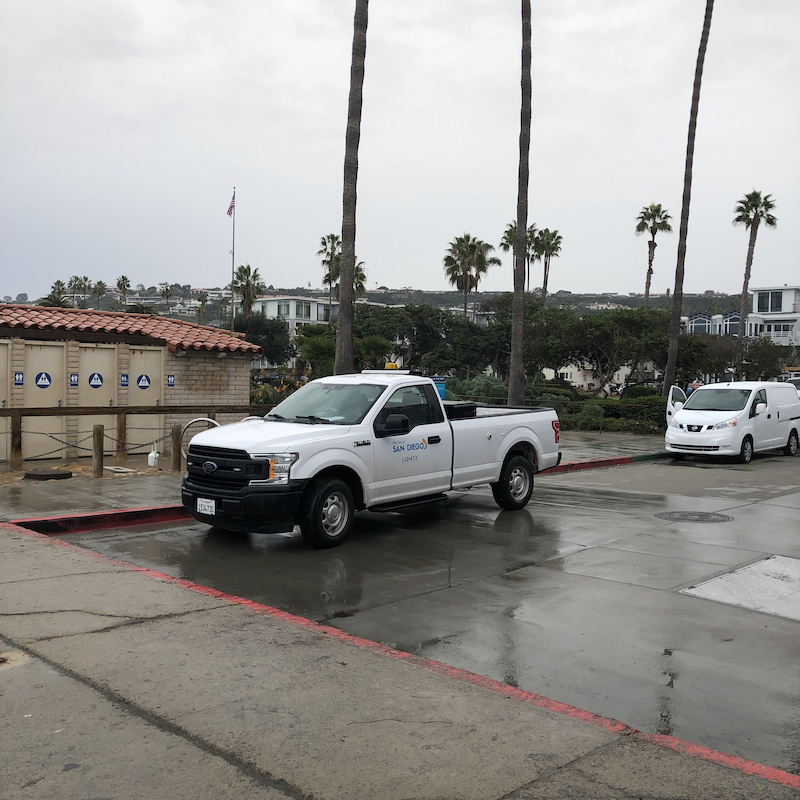 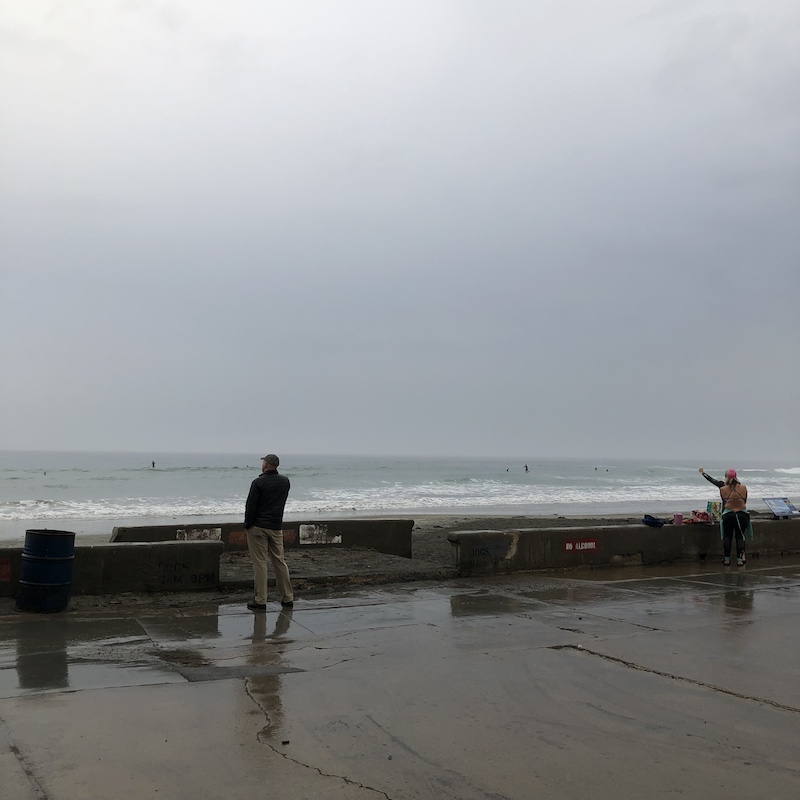 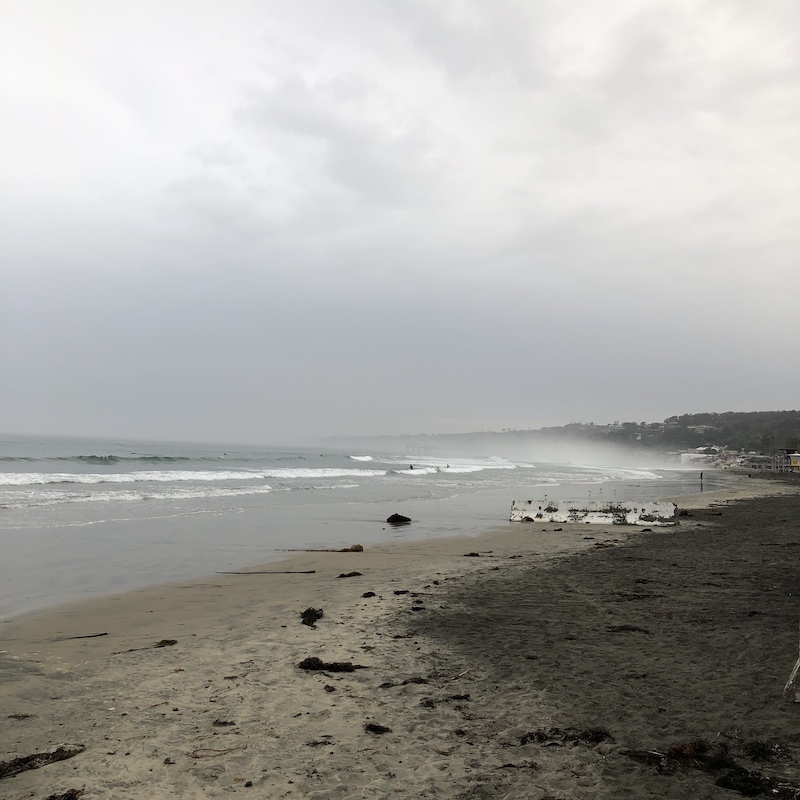 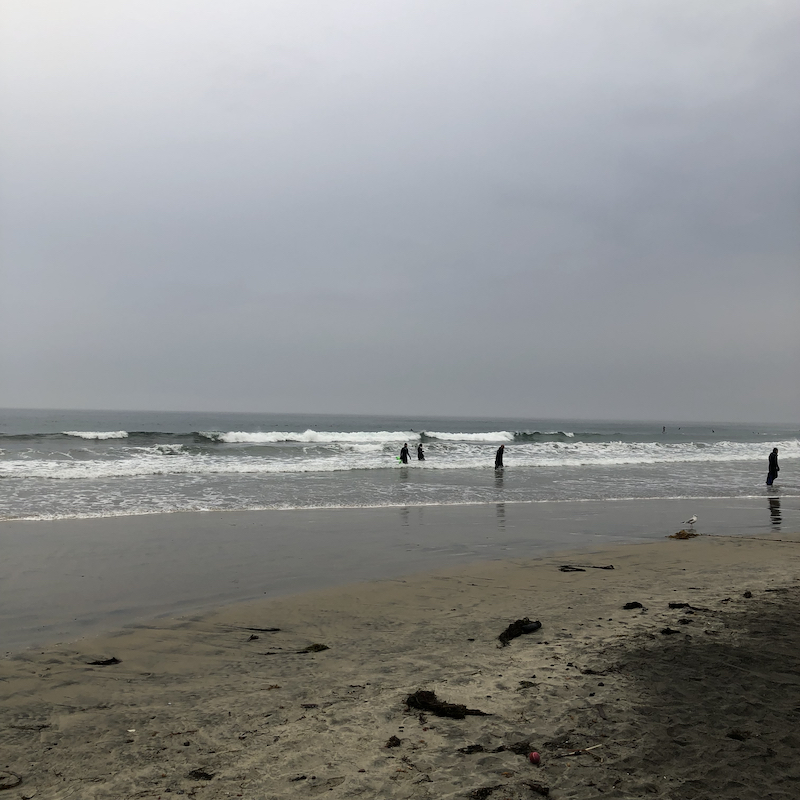 The beach was surprisingly busy for a potentially catastrophic event. Since it was right after high tide, it seemed like something could indeed be going on.

A guest at the La Jolla Shores Hotel stood on her balcony in a bathrobe and filmed the scene with her phone. Locals walked their dogs along the concrete boardwalk. Others stood and watched the surf. There were probably around  40 or 50 people in the water recreationally between the SCUBA divers, stand-up paddleboarders, ocean swimmers, and surfers.

A group of old-timers stood around the boat ramp with their coffees talking about the tsunami warning. “Look at that wave!” one of them said, and it was a good wave for surfing, but not much more.

Finally, the lifeguard in the tower made an announcement about the tsunami advisory. He sounded unimpressed and finished with: “Please take whatever precautions you deem appropriate. Thank you.”

So much for the end of the world. It had helped that it was drizzly and overcast, and high tide, and with a layer of mist. For a moment it almost felt like it could have been perilous for those of us on the scene this morning.

But when the last of the old-timers in a yellow slicker finished his coffee and walked away, we knew that we were safe.

About the author: Sterling Guelich is editor of LaJolla.com.