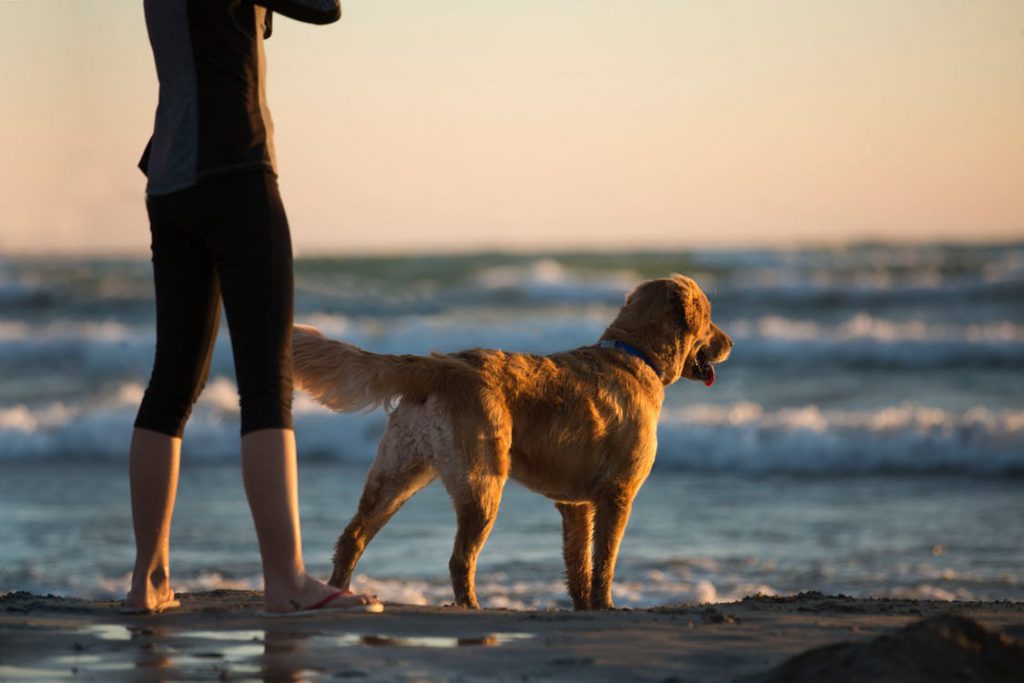 If you’re looking for a dog friendly beach in La Jolla, look no further. While La Jolla does not have a specific La Jolla dog beach, it does have a few beaches that are dog friendly. Here are the best beaches in La Jolla and nearby neighborhoods for dogs (and their favorite beach toys)! A few beaches allow dogs any time of day; some have restrictions on when canines are allowed, so make sure to read the description of each beach before taking Rover over!

While La Jolla Shores is not a designated dog beach, it is a dog beach friendly. It is also plenty large to give your companion ample room to run and play.

Just north of the La Jolla Shores, is Blacks Beach. Blacks Beach is a wide open beach with plenty of room for dogs to run about. Do be advised, Blacks Beach in addition to being dog friendly, is also a nude beach. You may see a little more than your dog frolicking in the ocean here.

Unlike our first two mentions, Windansea beach is found in the heart of La Jolla. Walking distance from the village it is close, convenient and beautiful.