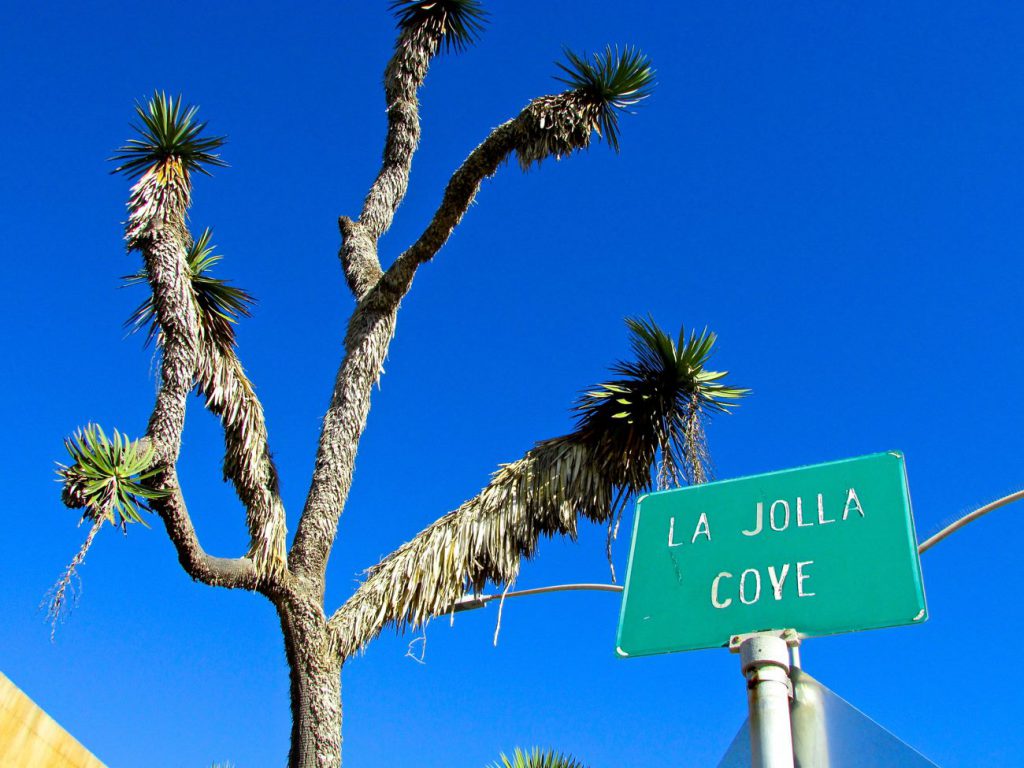 The origin of how La Jolla (pronounced as La-HOY-a) got its name and history are unclear. The coastal community is often mistakenly referred to as San Diego’s ‘Jewel’. Scholars who researched La Jolla’s origin found no concrete answer to the meaning of La Jolla or exactly where it comes from. The only thing that is certain is that “La Jolla” is not Spanish for “The Jewel”.

The coastal town is tucked away from downtown San Diego, about 30 miles north of the Mexican border. Downtown La Jolla, known for its leopard sharks, great date spots, and amazing spas, is a popular spot for tourists. It attracts visitors from all over the world all year round.

La Jolla is an area with mixed geology. The city is known for its sandy beaches, rocky shorelines, and hilly landmarks. The exact origin of its name remains unclear although many scholars have some guesses. But first, let’s take a look at La Jolla’s history.

The Kumeyaay, local Native Americans, owned the land until it was colonized. It is unsure how long they were in charge of the land because there are no historical records or documents. After studying artifacts that the Kumeyaay left behind, historians estimate they were there for around 3,000 years.

When natives were in charge of the land they called La Jolla “Kulaaxuuy” which translates to “land of holes”. It is uncertain where this comes from. Some people believe the name comes from the sea-level caves visible from La Jolla Shores. Others think that the land around La Jolla may have had more holes around it before settlers sold the land.

The topography of the land also suggests that because of the hills, there could have been more holes and uneven surfaces before colonization. There is uncertainty in what Kumeyaay culture was like so perhaps the land topography had great significance to the culture and lifestyle. Or perhaps the land of holes had another context to the natives, outside of physical landscape.

Despite the word “jolla” sounding Spanish, it’s not a real word. The Spanish word “joya”, which is similar in pronunciation to jolla, translates to Jewel. Historians believe that sometime in the 19th century when Spanish colonials arrived on the land, they accidentally called it joya. The name has stuck ever since.

La Jolla’s origin as an official United States city started over 150 years ago. When California became a state in 1850, the government officially made La Jolla a part of the San Diego city. After railroads were built in the 1890s, the city grew to become a booming suburb with a growing population.

Once the communities were established, the city constructed resorts and attracted visitors. The city then solidified its foundation when it planted churches, markets, and parks. The population grew from 350 residents in the early 1900s to over 46,000 today.

Art became a focal point for La Jollan residents. Many notable painters, artists, and poets have passed through and even lived in La Jolla. The most famous is Dr. Seuss, who lived in La Jolla from 1953 until he passed away. The city, despite not actually meaning “jewel” is beautiful.

It attracts visitors to gaze at its elegance and hosts amazing art galleries found all over the world. Over the years, it became one of the most affluent communities in the United States with amazing beaches, fine dining, and distinguished art galleries.

In addition, the city hosts The Salk Institute, one of the leading research institutions in the world. UC San Diego (University of California San Diego) also started in La Jolla. The campus alumni exceed over 250,000.

La Jolla’s demographics as of the 2010 census are primarily Caucasian, about 82%. Asian and Latino comprise about 17% while Native Americans, Blacks, and Pacific Islanders make up about 1%. There appears to be no members of the Kumeyaay tribe living in the city.

La Jolla doesn’t have a clear history. It’s not sure where the origin of its name actually means. The complicated history however has not stopped the city from growing and prospering. It is a beautiful city with unclear origins, however despite not meaning “The Jewel”, it continues to shine on.