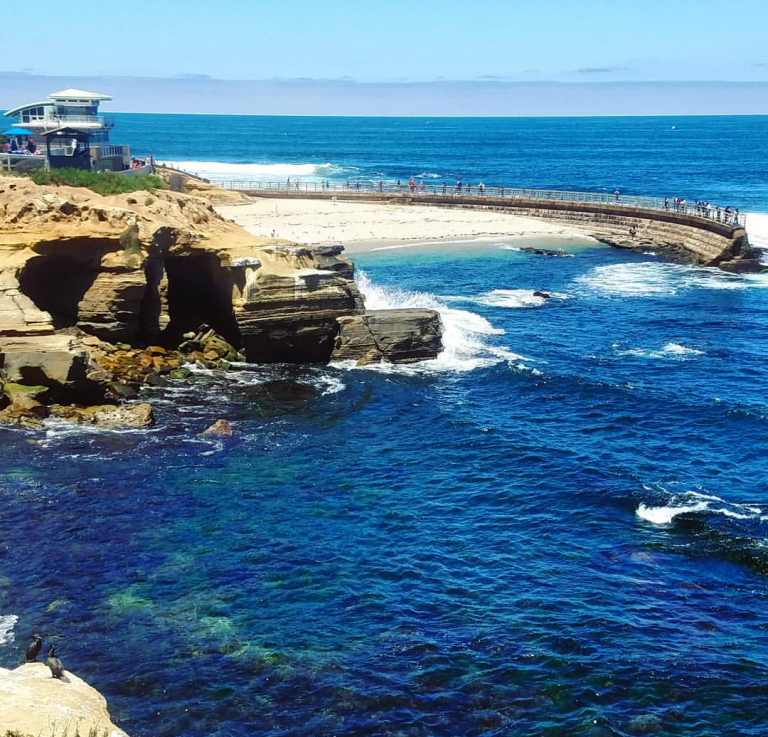 Children’s Pool Beach is one of the most well known (and loved!) beaches in La Jolla, California. Built in 1930, it was one of the many gifts that philanthropist Ellen Browning Scripps gave to the community of La Jolla. Originally heralded as a “wonderful improvement” by the press and local residents alike, the concrete seawall and the beach it protects became the setting for controversy and debate just sixty years after it was finished. Here are a few things you may not know about this La Jolla beach! 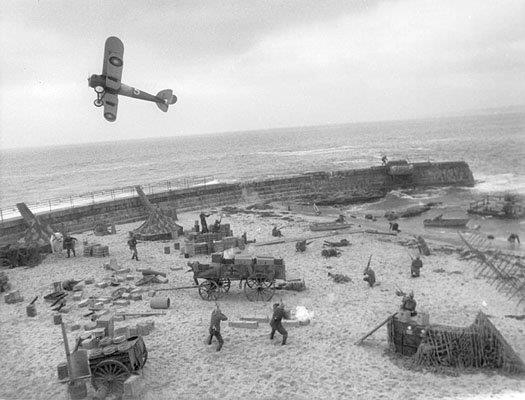 A World War I battlefield set, to be exact! Not many people know that the Children’s Pool Beach was the location for a 15-minute beach battle scene in the movie The Stunt Man, starring Peter O’Toole, in November of 1977. The movie also filmed scenes in Coronado (at the Hotel del Coronado) and in East County near Flinn Springs. A large crane was brought in for the scene, as well as several other wartime props and even airplanes. Fun fact: In that scene, O’Toole is transported by a crane from the Children’s Pool to the veranda of the Del; only locals know how geographically impossible that scenario is!

2. The entire project took a total of ten years.

From the initial survey and design to the final changes completed by the contractor, the breakwater was truly no small feat. Years of extensive planning, a tedious permit and approval process, and construction filled with numerous delays and obstacles were the project’s biggest enemies. On May 31, 1931 a dedication ceremony occurred at the breakwater to celebrate what was then (and still is, by most standards) a massive accomplishment. 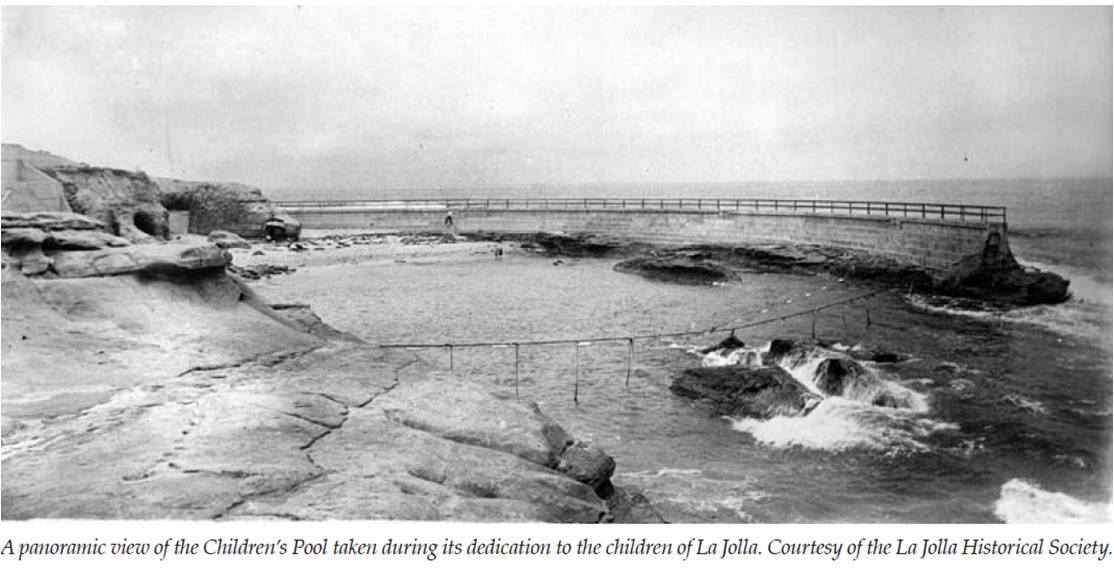 3. At its highest point, the seawall stands at a whopping sixteen feet.

As it extends towards the open ocean, the wall gets gradually higher; going from ten feet to sixteen. This gradual incline was very much intentional, and was constructed in order to preserve its aesthetic look and not detract from the natural scenery surrounding the pool.

4. The breakwater required a total of almost 3,200 barrels of concrete.

The 3,125.5 barrels of Riverside Concrete arrived by railroad cars, along with 31 tons of rail from Los Angeles by the Shannahan Brothers Company. 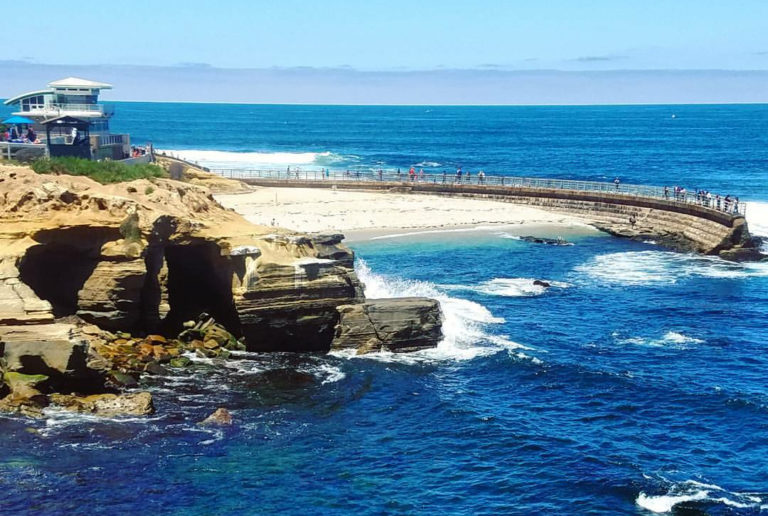 5. Efforts have begun to get the Children’s Pool placed on the National Register of Historic Places.

The a potentially historic place’s connection to important persons; in this case, Ellen Browning Scripps, who was the benefactress for the project, and Engineer Hiram Newton Savage, because he really was never fully recognized for accomplishing one of La Jolla’s biggest architectural marvels. Savage, who died three years after the Pool was opened, is credited with planning what would be San Diego’s water development and supervised the construction or expansion of some of San Diego’s dams.

Interestingly, the seawall’s architect, William Templeton Johnson’s contribution and involvement will also be highlighted. Johnson designed the Athenaeum Music & Arts Library, the San Diego Museum of Art in Balboa Park, La Valencia Hotel, San Diego National History Museum, and several other buildings throughout the area. He had a fascination with Mission Revival and Spanish Eclectic architecture; not surprising, given that his proposed design for the Children’s Pool was utilitarian, unobtrusive, and consistent with the organic principals found in the breakwater’s design.

The Children’s Pool is still very much loved by locals and tourists alike today; in fact, it’s probably one of the busiest beaches in all of San Diego! Though the local seals and sea lions have taken over in recent years, it’s still a beautiful place to watch the wildlife or go scuba diving. How many of these fun facts did you know about the Children’s Pool?