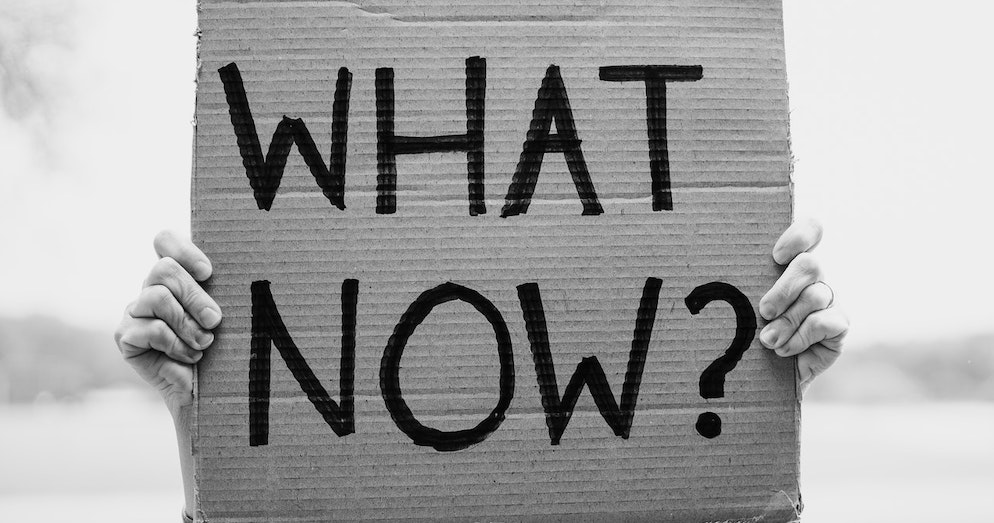 For those of us who are lucky enough to have found ourselves a permanent residence here in beautiful San Diego, there are a myriad of wonderful things we can say about our community. From our gorgeous coastline and our world-famous attractions, to the close-knit, small town-vibe that can be found within our city limits, we’re incredibly fortunate to be able to call San Diego our home.

Unfortunately, not everyone who lives here in San Diego is quite so fortunate. Despite having so many incredible things we can offer to both locals and visitors alike, there’s one thing that we still struggle with, and that’s our vast homeless population. Currently, over 8,000 residents of our city are without shelter, making our San Diego homeless population the fourth largest in the nation. Yet, with so many of our neighbors struggling with homelessness, what can we San Diegans do?

Sadly, even with the San Diego homeless population comprising such a large part of our community, they still remain largely invisible and overlooked. In addition, negative misconceptions about the homeless population of San Diego continue to run rampant (such as stereotypes about their proclivity toward crime), further promoting stigma against them. Nevertheless, their circumstances make them no less worthy of compassion, further underscoring the urgency to provide them the much-needed assistance they deserve.

What Causes Homelessness in San Diego?

Mental illness is a significant contributing factor to homelessness. When explored further, research revealed that it wasn’t just the presence of mental illness and substance use disorders (SUD) that caused a person’s homelessness; it was also a lack of necessary services to help them. This can be also applied to the other major causes of homelessness, as well. The lack of resources for our lower income residents, in addition to the higher cost of living here in San Diego, only served to further exacerbate the conditions which lead to the homelessness.

However, it’s important to note that despite substance abuse being a common cause for homelessness, only 1 in 5 of our San Diego homeless population’s current situation could be traced back to SUD. Contrary to popular belief, the correlation between substance abuse and homelessness is inverse. The addiction follows the homelessness, rather than the other way around. Finding reliable mental health treatments is more urgent than ever for these struggling individuals.

While there are many Southern California rehab facilities available to help those who have been impacted by SUD and alcohol abuse, not all of them are able to accommodate our San Diego homeless population. Ideally, more state-funded rehabilitation centers should become available to help assist those high-risk individuals. Whether or not they come to fruition remains to be seen, but nevertheless, the ones that have opened their doors to our homeless population are serving a critical need in our community.

How Are We Responding To the Homelessness in San Diego?

There is a glimmer of hope in the negative news surrounding our current San Diego homeless numbers. The San Diego Regional Task Force on the Homeless (RTFH) — a non-profit group of government officials, stakeholders, and volunteers — has taken initiative on combating this rising epidemic to help address the problems our homeless community currently faces. They’ve rolled out several initiatives, both long and short-term, to help reduce the San Diego homeless population.

For instance, many of our homeless population are also entirely unsheltered, meaning that they are completely exposed to the elements. In response, the City of San Diego introduced an effort to increase shelter for these individuals, constructing a number of different options for them. Three new shelters were opened, providing capacity for up to 700 of our San Diego homeless persons. In addition, trailers and tents were provided to these homeless individuals, offering them security and safety. Because of this, thousands of our San Diego homeless population were moved off the streets.

Is There a Solution To the Homelessness in San Diego?

As simply providing shelter isn’t automatically a lasting solution to our homeless numbers, more long-term solutions have also been presented to help mitigate it. These include efforts to help provide education and training to our San Diego homeless population, which could help minimize the numbers that have found themselves homeless again after receiving housing. This training can give them the education needed to secure lasting employment instead of forcing them to rely upon “charity,” which may inadvertently backfire and further negatively impact them.

The San Diego Continuing Education (SDCE), through the San Diego Community College District’s continuing education division, has offered greater than 75 career education pathways to any California adult. This tuition-free program included training in a wide variety of industries, including welding, plumbing, coding, and even the culinary arts. In turn, those who complete these courses could ideally find them securing employment that paid an actual living wage.

Similarly, the SDCE partnered with the San Diego Rescue Mission (SDRM) to provide other important necessities like food, housing, clothing, and even mental health services. One such program, the “Rising to Success Pathways,” offered similar basic needs to enrollees. It was found to be a resounding success, seeing 11 of its 12 applicants complete the program and secure employment afterward. Through these concerted efforts, ideally we can finally start to see our San Diego homeless numbers continue to decline.

Does San Diego Have a Large Homeless Population?

One may be wondering: What is the homeless population in San Diego, and is it as large as it initially seems? The fact is, San Diego has a significant homeless population, one of the largest in the country. While there have been efforts from volunteers to count how many homeless people currently reside in our city, the challenge of accurately tallying them up is immense. While some reports have been as low as approximately 7,100 persons, these numbers are pre-pandemic and are more than likely to be erroneous due to the difficulties volunteers face when trying to get a reliable count of our San Diego homeless numbers.

The COVID-19 pandemic has only served to further exacerbate the rising San Diego homeless numbers. With so many people finding themselves without gainful employment as the quarantine continued, combined with the higher cost of living here in San Diego, the homelessness numbers have increased sharply since 2019. A recent report from the U.S. Department of Housing and Urban Development (HUD) has indicated that homelessness has grown approximately 2.2% since the advent of the pandemic.

There has also been an alarming discovery about the link between COVID & alcoholism, further highlighting their vulnerability. It’s no secret that the pandemic has affected the homeless population disproportionately, and with less access to resources, they are at a greater risk of complications. A report published in Alcohol & Alcoholism (July 2020) pointed out that those who do struggle with alcohol abuse disorder are also more likely not only have a higher risk of infection, but also more likely to develop respiratory failure, as well.

Where Are the Most Homeless People Located in San Diego?

Why does California have so many homeless people living here? There are many reasons for this, and one in particular is the distinct challenge of not only getting them off the streets, but keeping them off them, as well. Despite earnest efforts to get our San Diego homeless population off the streets and back into shelters and homes, many of them find themselves returning to homelessness within six months. San Diego is particularly high in this rate, with up to 27% of our homeless population finding themselves homelessness not long after securing shelter. Because of this, we have a population of homeless individuals scattered out in pockets across the city.

How Much Does San Diego Spend on Helping the Homeless Population?

The City of San Diego has invested greatly in improving our San Diego homeless problem, but there is still a significant amount of work to be done. California alone has put forth $13 billion toward resolving our homelessness crisis, and a recent report revealed that San Diego spent $630 million in just two years to find a resolution to it. The County of San Diego has provided over half of the funding, with the San Diego Housing Commission fronting the other half. Approximately 2% comes from individual cities.

Of these resources, nearly 85% has gone to housing initiatives. The majority of it went to rental assistance (approximately $481 million), with the remainder of these funds earmarked for emergency shelters, tents, transitional housing, and permanent housing. 15% of the funding went to other homeless services in San Diego, such as education and training. Of that $100 million, nearly half went to mental health services and 40% went to drug and alcohol rehabilitation programs. All in all, this is a significant amount of resources and funding directed toward our city’s homeless population, but much more is still needed.

How Many Homeless Shelters Are in San Diego?

Currently, there are a total of 2,040 shelters available in San Diego for their homeless population. The City of San Diego operates seven of them, providing a total of 1,297 beds to our homeless community. Four of these city-run shelters are emergency shelters, and three of them are “bridge” shelters (thus named as they are meant to serve as a bridge to more permanent housing). These shelters have been made possible due to contributions from various organizations, such as Father Joe’s Villages (FJV), Veterans Village of San Diego (VVSD), YWCA, People Assisting the Homeless (PATH), and Alpha Project.

How Can I Help the Homeless Population in San Diego?

With some districts in San Diego County passing ordinances making it illegal to feed our homeless individuals, it can seem initially quite difficult to help do your part in assisting them. Nevertheless, the desire itself to help them is both noble and respectable, and all efforts are generally gratefully appreciated and well-received. Fortunately, there are a few things you can to lend a helping hand to our homeless community.

Just as our homeless crisis is multifaceted, so should be our approach to it. By taking these key measures to assist our San Diego homeless population, you can help do your part to improve their lives. In turn, we can start shaping San Diego into a healthier and happier community for all.

Compassion and Empathy for Our Homeless Population

Addressing our San Diego homeless population is more than just recognizing their unique challenges and acknowledging that they exist. Homelessness not only affects their lives, but it also directly impacts ours, too. However, change needs to happen at both a grassroots level and at a higher level. By confronting the current struggles that our San Diego homeless population faces — and by undertaking sincere efforts ourselves to help improve their quality of life — we can reap the rewards of a better, safer community for all of us that call San Diego home.

About the author: Karyl Trejo specializes in writing about issues related to healthcare and mental health. You can find her LinkedIn here.