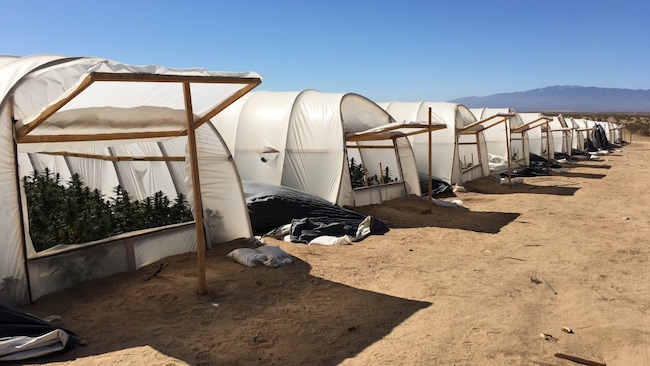 Here in the LaJolla.com newsroom, we nearly choked on our CBD-infused coffee when we saw the news of the $1.19 billion drug bust that just happened in Southern California.

Well, when we say “drug bust” we actually mean marijuana bust. Which sounds harmless enough, right? After all, marijuana has been legal for recreational use in California since 2018.

Is this going to make us worried about that plant we’re growing on the balcony for personal use?

How much pot was busted?

Let’s put the drug bust into perspective. According to this CBS News report, law enforcement officials busted the perps with nearly 375,000 marijuana plants, plus over 30,000 pounds of weed that was already harvested. That’s more than 16 tons of chronic. And while they were at it, they grabbed 65 vehicles, nearly 200 animals, and close to $30K in cash. Not to mention arresting over 125 people.

That’s a lot of pot.

The word “cartels” was mentioned.

The mayor of Lancaster, California, said this at a press conference: “We are not talking about mom and pop people selling marijuana that grew in their backyard. This is the cartels.”

Where did this drug bust happen?

The $1.19 billion drug bust was in Antelope Valley, which is the High Desert part of Los Angeles County.

The L.A. County Sheriff said that they’re trying to send a message to the bad guys that their days of operating in the High Desert are over.

When did this drug bust happen?

The pot bust is all over the news right now, here in July of 2021, but the actual bust happened last month. We guess they wanted to take care of some business before making statements to the media.

How did they find all this weed?

Apparently there were complaints from local residents. This is mentioned in that ValleyPostNews.com link we have above.

Do I need to worry about legal weed?

If all of this marijuana talk is making you concerned that you need to stock up on legal weed in legal quantities, please take a deep breath and calmly visit our article about the best dispensaries in San Diego.

P.S. The banner photo of the Los Angeles Sheriff’s Department helicopter is from IG user @sjs_avphotography