You May Soon Be Able to Wear the Future of Health Monitoring Patches on Your Skin, UC San Diego Researchers Says 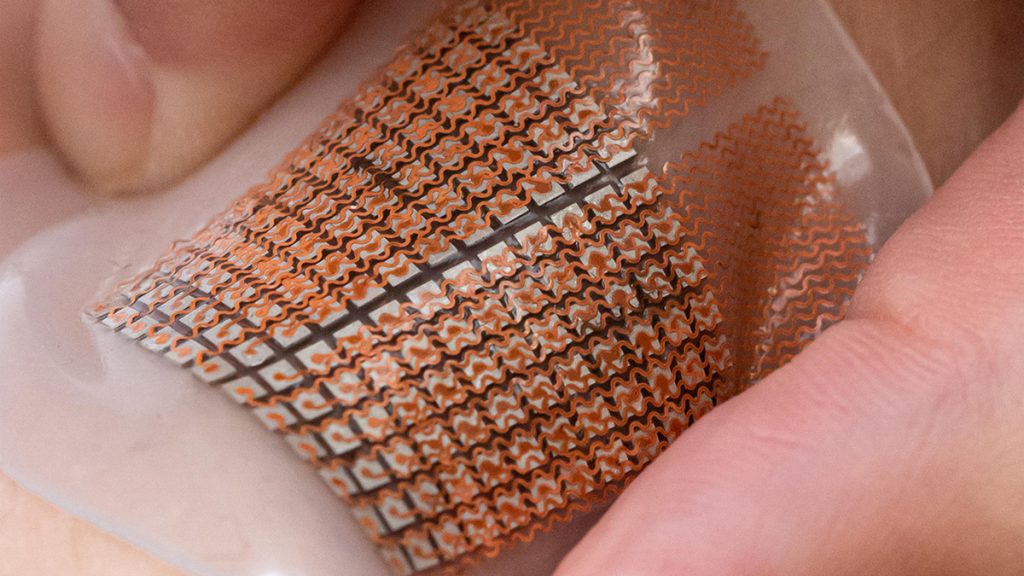 Scientists at the University of California San Diego in La Jolla are leading research on wearable patches that could provide a wealth of data to doctors and medical professionals. San Diego researchers are exploring new ways to wear health monitoring patches on your skin.

Joseph Wang, the director of UCSD’s Center for Wearable Sensors, recently said that we might only be months away from wearing  “a laboratory on the skin,” the La Jolla Light reported.

The health monitoring patches that Wang’s team has developed are small, lightweight, and flexible. On the skin, they appear sort of like a temporary tattoo. But despite their appearance, they can pack “a big laboratory” in a small package.

There are various prototypes of the patches meant to monitor different aspects of health and wellness. The skin sensors, which combine printing and tattoo technologies, specifically analyze various bodily fluids for “different molecular biomarkers.”

Each patch contains electrodes and can measure health metrics like glucose every 20 minutes — without piercing the skin. Users might also be able to monitor biomarkers like sodium levels, blood pressure, and other vital signs.

“You take your coffee, you can measure caffeine or stress,” Wang said. “You have your cheesecake, you can monitor your glucose. You exercise, you see the blood pressure changing.”

Unlike other health monitoring devices on the market, these health monitoring patches could be accessible to a broader market. This is a scientific innovation that is being explicitly designed to be low-cost and energy-efficient.

Also, unlike many rigid health sensors, the skin patches will be able to bend, stretch, and move with the body. Wang said one of his team’s primary goals is to “bridge the gap between the softness of biology and the hardness and the rigidity of” other sensors.

Wang said he expects the noninvasive medical sensors could be approved soon. Once they are, the technology will likely be licensed by third-party manufacturers.

The banner photo for this article is courtesy of the University of California San Diego, Jacobs School of Engineering.