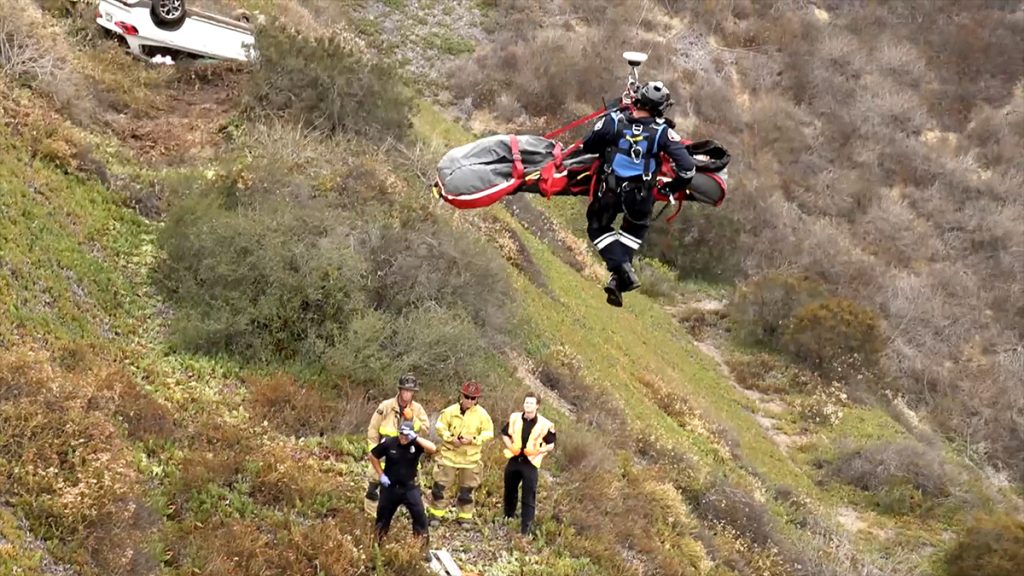 San Diego firefighters pulled off an incredible rescue earlier in July when they used a helicopter to save a driver whose car fell 50 feet down an embankment in La Jolla.

The crash happened around 8:10 a.m. on Wednesday, July 6 on Route 52 near Interstate 5 in La Jolla. The driver’s vehicle ended up overturned 50 feet down an embankment, the San Diego Union-Tribune reported earlier this month.

First responders initially couldn’t find the vehicle. However, the car itself — a BMW model — sent an emergency signal to the 911 system after its crash. That signal helped rescuers pinpoint its location, San Diego Fire-Rescue officials said.

The driver, 34, had been traveling west on SR-52 to the La Jolla Parkway offramp when he spotted something in the road. He swerved to avoid it, which caused the vehicle to veer off the pavement and careen down an embankment, according to the California Highway Patrol.

While firefighters had trouble finding the car because it was so far down the slope, they spotted the wheels from the southbound 5.

San Diego Fire-Rescue Battalion Chief Craig Newell said the driver must have been going fast to launch his car in such a way.

“He flew so far off the transition ramp and landed in the iceplant” on a shelf, he added.

To carry out the rescue, firefighters used a helicopter hoist to lower a paramedic to the crash scene. The man, unconscious at the time of the rescue, was extracted from the car and rescued via gurney.

The helicopter then transported the man to a local hospital for treatment.

Rescuers believe that the man suffered minor injuries during the crash. Authorities added that drugs or alcohol were not thought to be factors in it.

The banner image of the helicopter rescue from La Jolla embankment on July 6th is courtesy of Times of San Diego and taken by Onscene.tv.