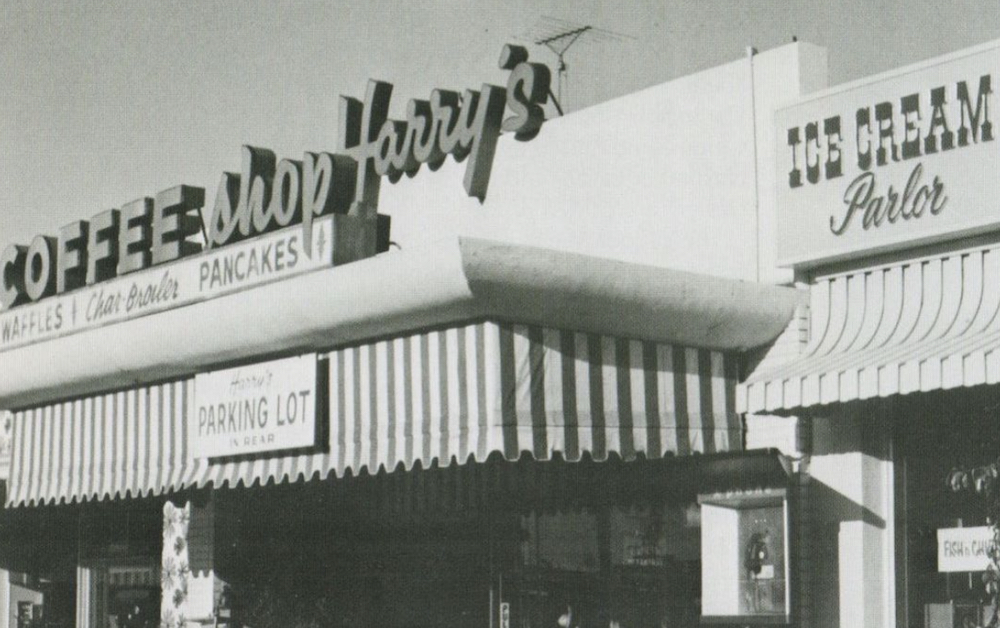 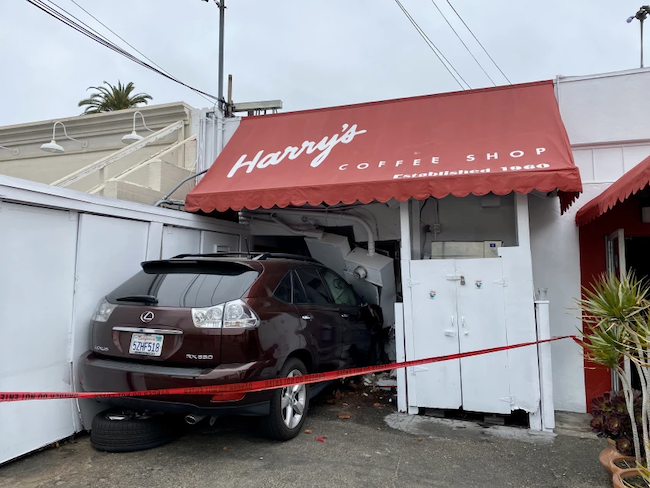 Multiple news sources reported yesterday that an elderly couple crashed their vehicle into the back of Harry’s Coffee Shop on 7545 Girard Ave. in La Jolla. The accident occurred on Wednesday morning, May 12th, at a little before 10 a.m.

The couple in the car were taken to Scripps Memorial Hospital. An employee of the restaurant received minor “bumps and bruises” but was treated at the restaurant by emergency response personnel.

10News reported that a customer had just left the restroom moments before the SUV slammed into it. The vehicle’s driver hit the gas pedal when he meant to hit the brakes, causing his vehicle to slam into the back of the restaurant.

Battalion Chief Erik Windsor of the San Diego Fire-Rescue Department was quoted as saying that Harry’s will have to rebuild that whole section of the restaurant. He guessed that this would cost tens of thousands of dollars.

Harry’s Coffee Shop has been a La Jolla landmark for 61 years, and was included in our recent roundup of the best coffee shops in San Diego.

No word yet on the couple who were in the SUV that crashed into the restaurant. They are in our thoughts and prayers, as are the owners and staff of Harry’s.