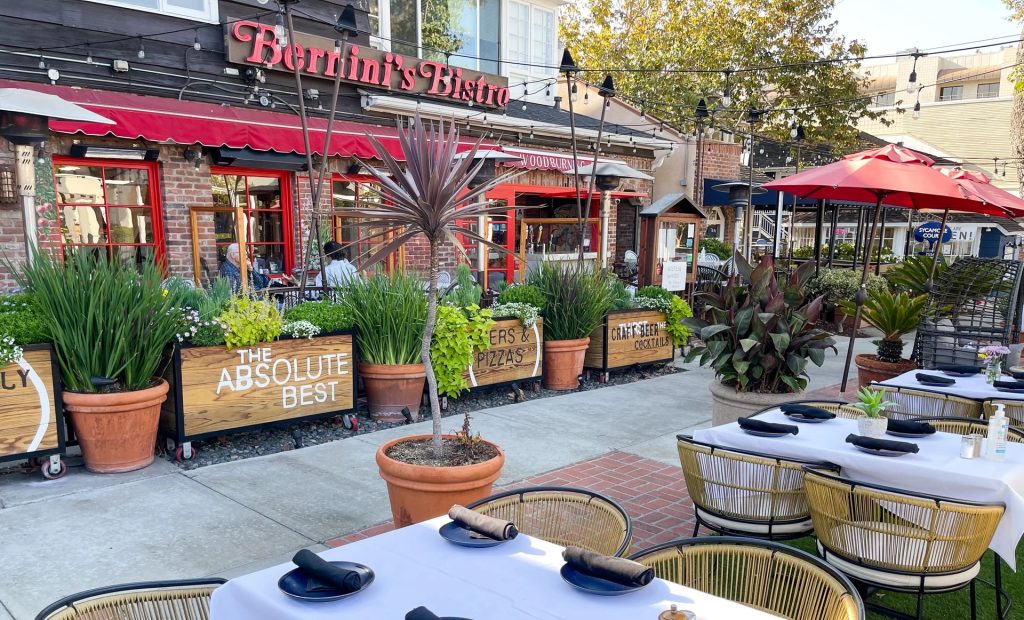 Some La Jolla restaurants are reportedly scrambling to adjust to new outdoor dining regulations as they await further direction from local authorities.

San Diego’s temporary outdoor business operations permits, which allowed restaurants and businesses to use street parking spaces to continue operations, officially expired on July 13. However, the city has a plan to keep outdoor dining going in the future.

The plan is dubbed “Spaces as Places,” and it’s an endeavor meant to transition temporary outdoor eating and drinking spaces to a more permanent solution.

In coastal areas like La Jolla, the situation is a bit more complicated. That’s because Spaces as Places can’t technically take effect in coastal neighborhoods until the California Coastal Commission approves it.

The Coastal Commission’s review of the ordinance has yet to take place — and the commission’s next meeting isn’t scheduled until early August.

City Councilman Joe LaCava, whose district includes La Jolla, told the La Jolla Light that only a “very tiny percentage” of businesses in San Diego applied for the new permits. LaCava said only one La Jolla restaurant did so.

Some restaurant owners have noted the complexity of applying for Spaces as Places permits. Reyhan Gumustekin, co-owner of Bernini’s Bistro, said that the business needed to hire an architecture firm to help them through the process.

In the meantime, many restaurants that are continuing outdoor dining are waiting to see how enforcement takes place now that the temporary permits have expired.

City officials have previously said that restaurants or businesses with a temporary permit and an active application for a Spaces as Places permit would not be penalized after July 13.

The banner photo of the outdoor dining at Bernini’s Bistro is courtesy of the restaurant.