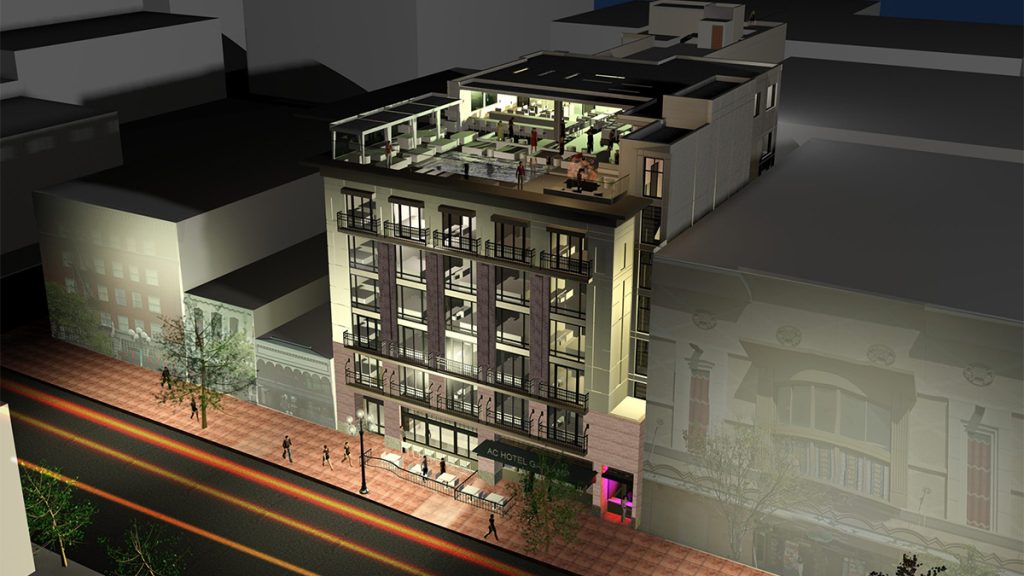 The new AC Hotel location will be a five-minute walk from PETCO park in San Diego’s famed Gaslamp Quarter, which is known for its nightlife, dining, and walkability.

Taking a cue from the European influence of the Gaslamp, the AC Hotel San Diego will feature a swimming pool, conference center, and gym, along with a host of exclusive Marriott amenities.

For example, guests can expect a stylish and relaxing environment at the AC Lounge, which will feature tapas and handcrafted cocktails. AC Kitchen will serve up delicious breakfast items and Nespresso. A rooftop bar dubbed Techo Beso will feature small plates, cocktails, a pool, and DJs.

In the King and Double Queen rooms, customers can look forward to luxury bedding, Korres bath amenities, and spacious workstations that are perfect for the digital nomad — or just someone on a working vacation.

The AC Hotel will be located in the Gaslamp Galleria Building on Sixth Avenue and is slated to have 147 total rooms. It’ll revamp the historic facade, which has fallen into disrepair over recent years.

AC Hotels are meant to offer a creative and hip take on hospitality. According to Marriott, every detail of its hotels are “carefully crafted and refined.” Expect elegance, flexible spaces, and curated experiences.

The AC Marriott is currently under construction, but there’s no word on when it’ll open to the public.