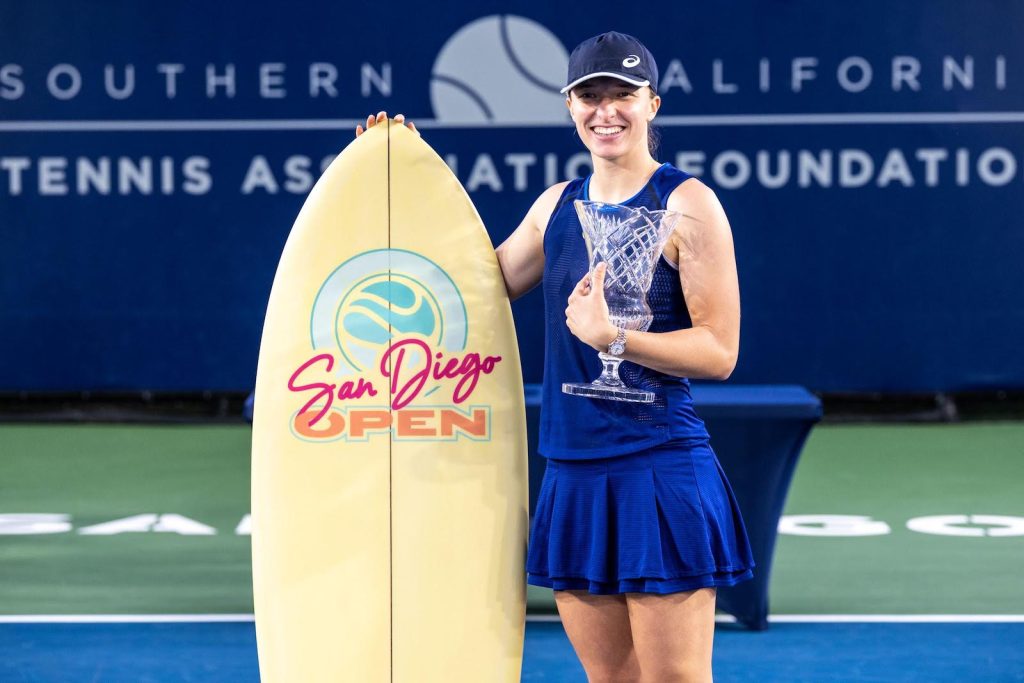 Americans Jessica Pegula and Coco Gauff prevailed to win the tournament’s Doubles crown, also played on Sunday. The top-seeded duo individually No. 4 and No.8 respectively in the WTA world singles rankings, captured their fourth doubles title of the season in San Diego. They defeated the tournament’s second seeded team of Gabriela Dabrowski of Canada and Giuliana Olmos, Mexico, for the title.

In her victory over Vekic, a tournament qualifier from Croatia, Swiatek earned championship trophies in the only two 2022 California tournaments she entered: the San Diego Open and the BNP Baribas Open at Indian Well in March. It was Swiatek’s eighth singles title of the season and eleventh of her career.

Swiatek, from Poland, has won 64 matches this year, the most since Serena Williams won 78 in 2013.

The unseeded Vekic, who defeated American Donna Collins in the semifinals, needed to win six
tournament matches at the Barnes Tennis Center to qualify for the championship matchup with
Swiatek.

Photo credit: The lead photo in this story of Iga Swiatek is courtesy of Will Lefevre.