14 Ways to Experience Comic-Con International 2018 Without a Badge 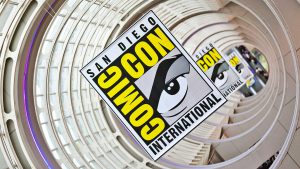 One of San Diego’s biggest events of the year is almost upon us — San Diego Comic-Con International! Thousands of people flock to America’s Finest City every year to experience activities, exhibits, movies, and more; but unfortunately, not everyone was able to purchase a badge. The good news? You don’t need a San Diego Comic-Con badge to get your nerd on with the thousands of guests attending the annual convention this year!

During SDCC, the Gaslamp Quarter becomes a superhero’s playground filled with immersive experiences, events and photo-ops themed to match the convention — and many don’t require a badge. Here are 14 ways to experience the Comic-Con hype without a ticket. 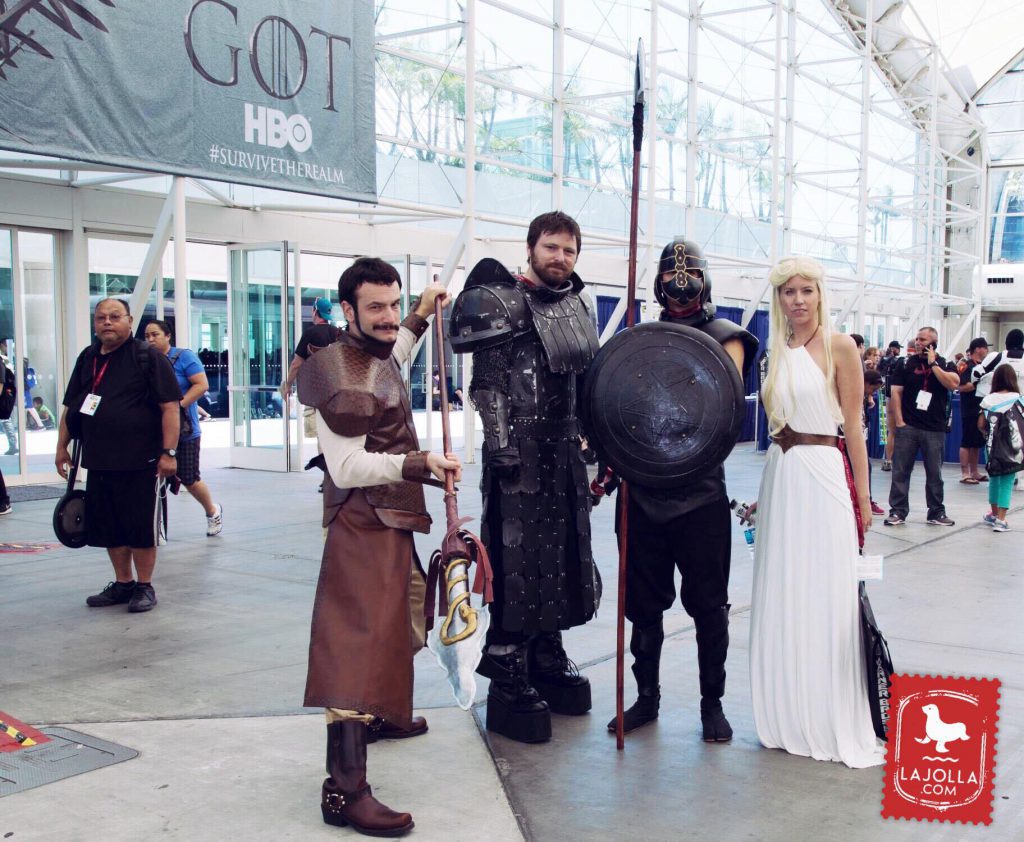 When: Wednesday Jul 18th, 4pm – 7 pm
Where: Liberty Station.
Small but mighty superheroes are being called to this party at Point Loma’s Liberty Station as the annual pop-culture convention gets underway. Youngsters are invited to dress up in their superhero best for Family Con, which features a costume parade, a petting zoo, a scavenger hunt and more. This free event starts at 4 p.m.

When: Thursday Jul 19th, 9am – 9pm
Where: Petco Park in the Park.
Test your gaming skills at this mobile gaming arena stopping by Petco Park’s community ballpark, Park in the Park, during SDCC. The arena is made of an 18-wheel semi-truck that will unfold to create a stage and VIP lounge perfect for gaming. Guests will be able to test an array of gaming products from HyperX and have the chance to win prizes.

When: Thursday Jul 19th, 4pm-7pm
Where: Hotel Republic
Your pups want to get in on the Comic-Con action, too. Head to Hotel Republic’s Yappy Hour for a chance to find the perfect costume for your furry friend while sipping on Comic-Con themed cocktails and mingling with other pet owners. There will also be a pet costume contest and a chance to win prizes.

When: Thursday Jul 19th, 6 pm
Where: Manchester Grand Hyatt
Enjoy a geeky fashion show featuring couture stylings from both professional and amateur designers. The show’s finalists, chosen from hundreds of submissions, showcase original sci-fi and pop-culture inspired designs for a chance to join Her Universe founder, Ashley Eckstein, in creating a new collection for Hot Topic. Fashion and pop-culture fans line up for hours for this free fashion show that may even include a celebrity sighting or two. Seating is first come, first served and the line opens at 1 p.m.

[button url=”https://www.lajolla.com/article/things-to-do-la-jolla-summer-bucket-list/” text=”SEE ALSO: 10 Other Things to do in La Jolla This Summer”]

When: Thursday Jul 19th – Sunday 21st, 9:30am – 7pm (5 pm on Sunday)
Where: Hilton San Diego Gaslamp Quarter
In what will likely prove to be one of the more popular experiences outside San Diego Comic-Con, DC Universe is bringing dozens of interactives to their activation at the Hilton. For example, fans will get the chance to search for clues to find Dick Grayson, they’ll create mayhem with Harley Quinn in her chaos room, traverse the sewers with Batman and view rare DC memorabilia. Guests can register in advance but it will not guarantee admission or speed up the process. Get there early, because the lines for this one will be long. 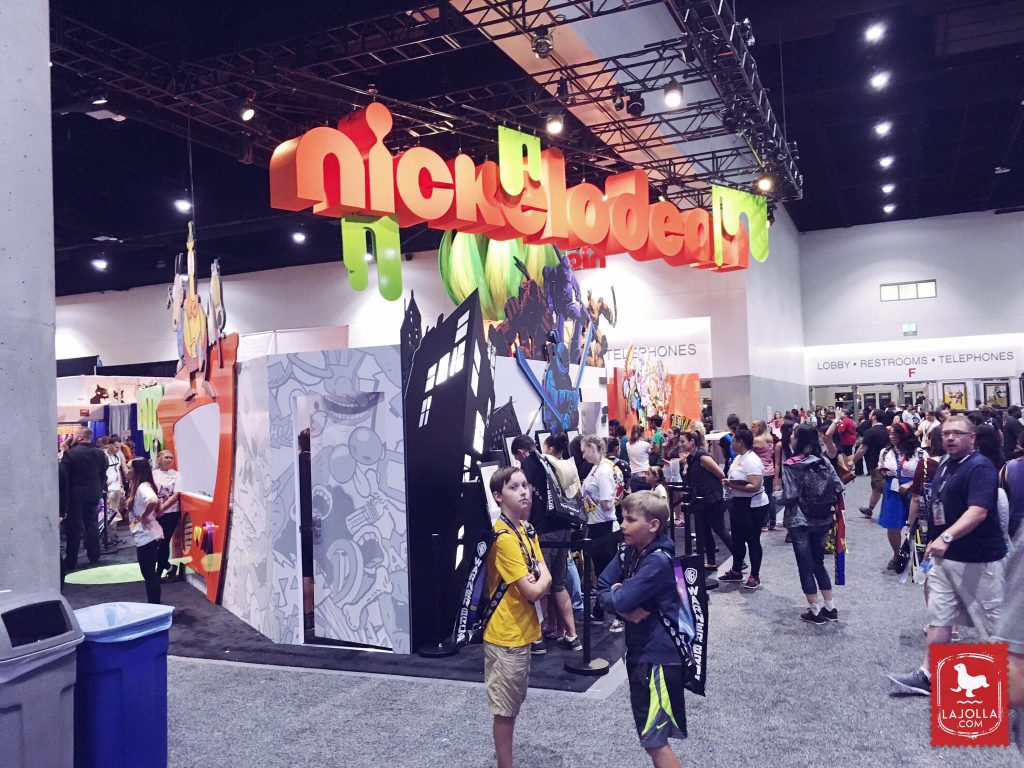 When: Thursday Jul 19th, 7 pm – 11pm
Where: Stone World Bistro & Gardens (Liberty Station)
Pop-culture enthusiasts and beer aficionados alike will love this suds-tasting event presented by San Diego staple Stone Brewing. For the sixth year during Comic-Con, Stone founder Greg Kock, Fark.com creator Drew Curtis and actor Wil Wheaton will debut a special batch of brew — this year, it’s w00tstout 6.0. The brew is described as a complex-flavored imperial stout made in a pecan, rye and bourbon-soaked barrel. A $75 ticket to this year’s event gets attendees 15 three-ounce tastes of w00tstout 6.0 and other Stone creations, unlimited tastings of gourmet bites — like mac and cheese croquettes, lamb meatball melts and Vietnamese spring rolls — plus access to lawn games, music and “a few extra surprises.”

Comic-Con at the Library

When: Thursday Jul 19th – Sunday Jul 21st, times vary
Where: San Diego Central Library
Even without a badge, you don’t have to miss out on SDCC panels this year. Comic-Con is teaming up with the San Diego Central Library at 11th Avenue and K Street for a series of educational panels. Some highlights include a creator panel called “When I See Myself in Comics,” a chance to meet the makers behind comic books and a panel on how to comics can make a social impact, just to name a few. To attend without a badge, register online in advance before July 17.

When: Friday Jul 20 – Sunday Jul 22nd, 10am – 6pm
Where: Fleet Science Center
Can you pull a tablecloth off a table without disturbing the dishes on top? Do you stay drier running or walking in the rain? Get the answer to some of your burning questions at the new exhibit based on the popular TV show, “Mythbusters.” Just like the show, this hands-on exhibit will allow guests to use the scientific method to test some commonly-held theories. Access to the exhibit at the Fleet Science Center in Balboa Park, can be added to a general admission ticket for $5.

When: Thursday Jul 19th – Sunday Jul 22nd, 11am-6pm
Where: Outside Hilton Gaslamp
Outrun the undead at “The Walking Dead’s” off-site SDCC activation. Creators boast an immersive walk-through that will take visitors through the series’ settings, including a 22-foot Zombie slide like the one seen in “Fear the Walking Dead.” 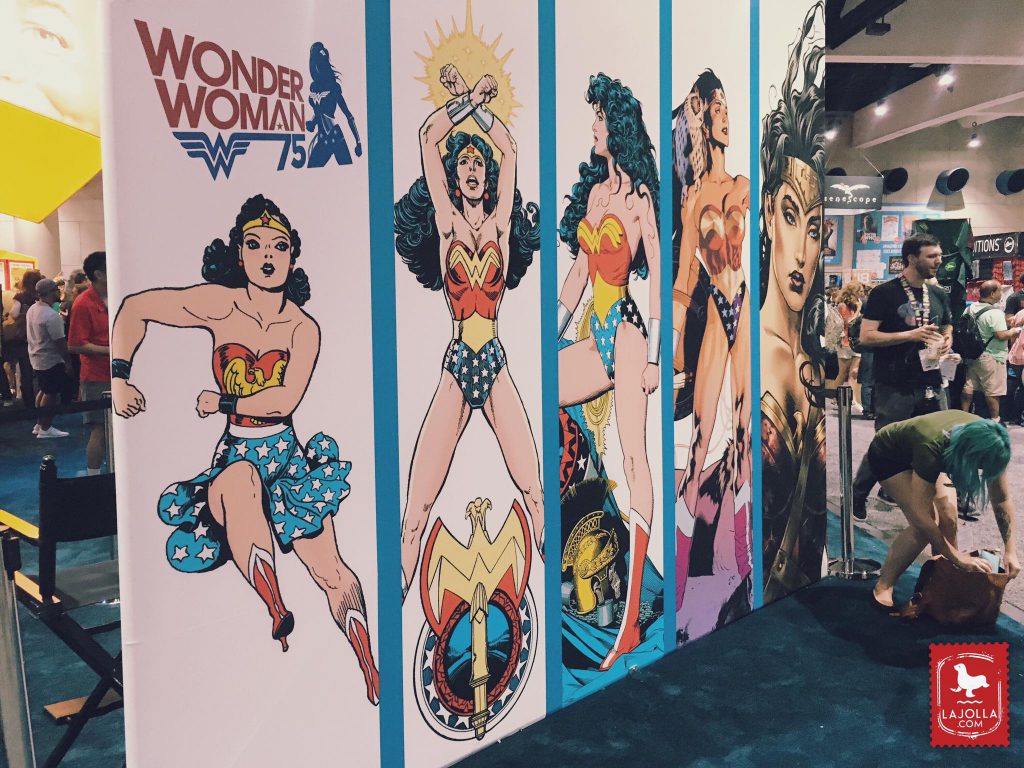 When: Thursday Jul 19th – Sunday Jul 22nd, 11am – close
Where: Michael J. Wolf Fine Arts Gallery
The Michael J. Wolf Fine Arts Gallery (363 Fifth Avenue) in the Gaslamp will be transformed into an immersive Mirror Universe Experience during Comic-Con 2018. The exhibit will feature a photo opportunity with Emperor Georgiou’s throne and will showcase props and costumes from the series. There will also be “Star Trek” Comic-Con exclusives for sale.

When: Thursday Jul 19th – Sunday Jul 22nd, times vary
Where: Outside San Diego Hilton Bayfront
On the lawn outside the San Diego Hilton Bayfront, FX will present several interactive exhibits featuring some of their most popular television shows, including “Legion,” “American Horror Story,” “Mayans M.C.” and “Archer.” Guests can register in advance at FXSDCC.com. The FXHibition is open to the public from 12 p.m. to 6 p.m. on Thursday, 10 a.m. to 6 p.m. on Friday and Saturday and 10 a.m. to 2 p.m. on Sunday.

When: Thursday Jul 19th – Sunday Jul 22nd, 4pm-2am
Where: Behind the San Diego Convention Center
Archery, canoes and a mechanical bull hot dog — it must be Adult Swim. The tv network is bringing nature to the con with a variety of games (open until 8 p.m.), a merchandise store and more to guest 18 and up. Adult Swim State Park will be located at Convention Way and 5th Avenue Pier. 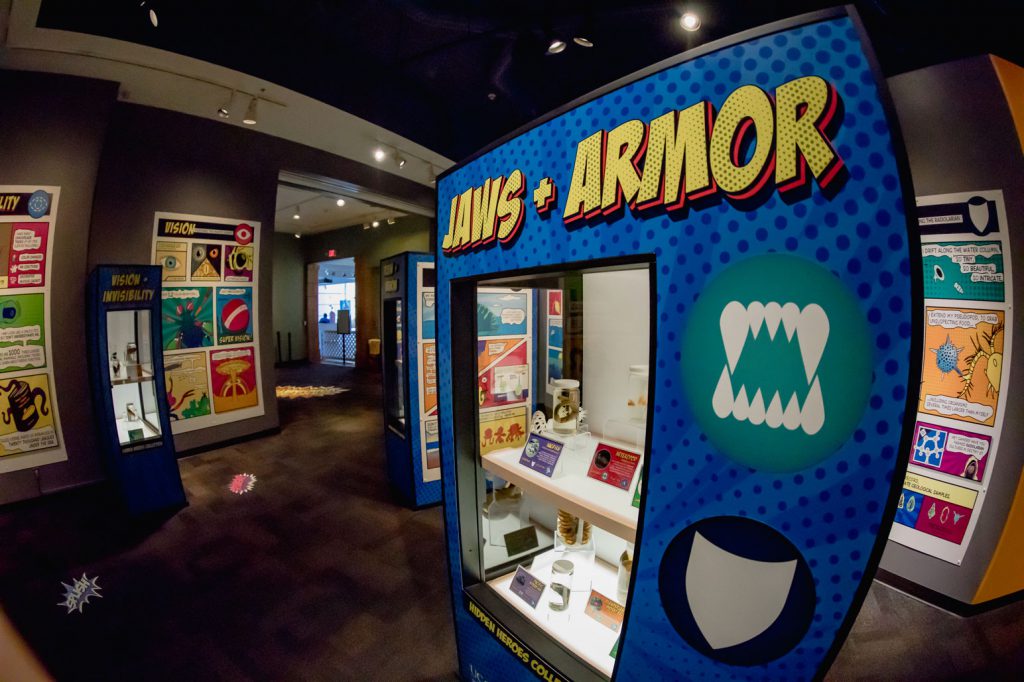 When: Thursday Jul 19 – Sunday Jul 22, 9am – 5pm
Where: Birch Aquarium at Scripps
A new comic book-inspired interactive exhibit has opened at the Birch Aquarium to highlight the “superpowers” of some of the ocean’s most awe-inspiring creatures. From supervision to an electricity zap — marine life make amazing adaptations to survive in their environment and the team of scientists at Scripps Institution of Oceanography, UC San Diego want to share what they’ve learned with you. The exhibit, open just in time for Comic-Con, is available to guests who purchase a ticket to the museum ($18.50 for adults and $14 for children 3 to 17).

When: Friday Jul 20 and Saturday Jul 21, 9pm
Where: New Children’s Museum
The lines were around the block for SyFy’s fan parties at San Diego Comic-Con last year and they hope to make this year’s even bigger. With a DJ spinning until 1 a.m. and giveaways galore, this event is a great place to be after other offsite activations and the convention center floor closes. An RSVP is required. Keep an eye on @SyFy on Twitter for details.