12 Things to Do During the Holidays in San Diego 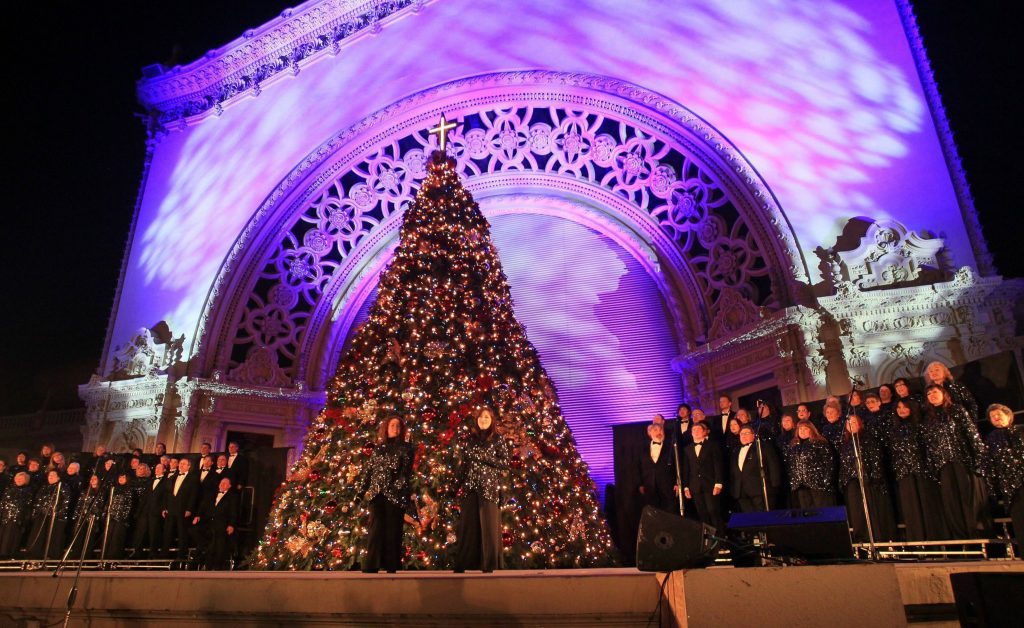 While the holiday season in San Diego may not be your typical snowy winter wonderland, there’s plenty of festive fun to be had in our little slice of paradise! From ice skating by the sea to light parades on the Bay, America’s Finest City has a little something for everyone this time of year. Embrace the opportunity to enjoy must-do activities and experiences during the holidays in San Diego!

December 1
Celebrate the holiday spirit at the 55th Annual North Park Toyland Parade & Holiday Fair with vintage cars, marching bands, dance groups, beauty queens, and of course, Santa Claus! The historic neighborhood of North Park will warmly welcome friends and family to bundle up and delight in San Diego’s most joyful parade. Gliding down University Avenue between Utah and Iowa Streets, this cheerful pageant will feel like a Winter Wonderland, as melodious marching bands, upbeat dance groups, cool vintage cars, beauty queens and city officials (and more!) warm your spirits. Santa Claus will be riding atop his merry red sleigh and bells will be ringing as loved ones snuggle up in the bright, frosty air.

December 1
This year, the Ocean Beach Town Council is proud to bring you the 39th Annual OB Holiday Parade on Newport Avenue! For nearly 40 years, the quaint little surfing village of Ocean Beach has hosted one of the best Holiday Parades in SoCal; and this year is no different. Watch the Point Loma Marching Band strut their way down the street, or see the SD Roller Derby Dolls in their eye-catching costumes; watch as the VW Beetle club and classic Woodies roll down Newport Ave. There are also motorcycles, bright-lit floats, tons of live music, and of course, Santa Claus, who will make his appearance at the end of the parade.

After the festivities, the nightlife of OB takes off as the locals and visitors celebrate and spread even more Holiday Cheer in one of the many local bars and eateries. People of all ages are invited join us at this fun-filled event – costumes, cheering and laughter are not only welcomed, they are encouraged! 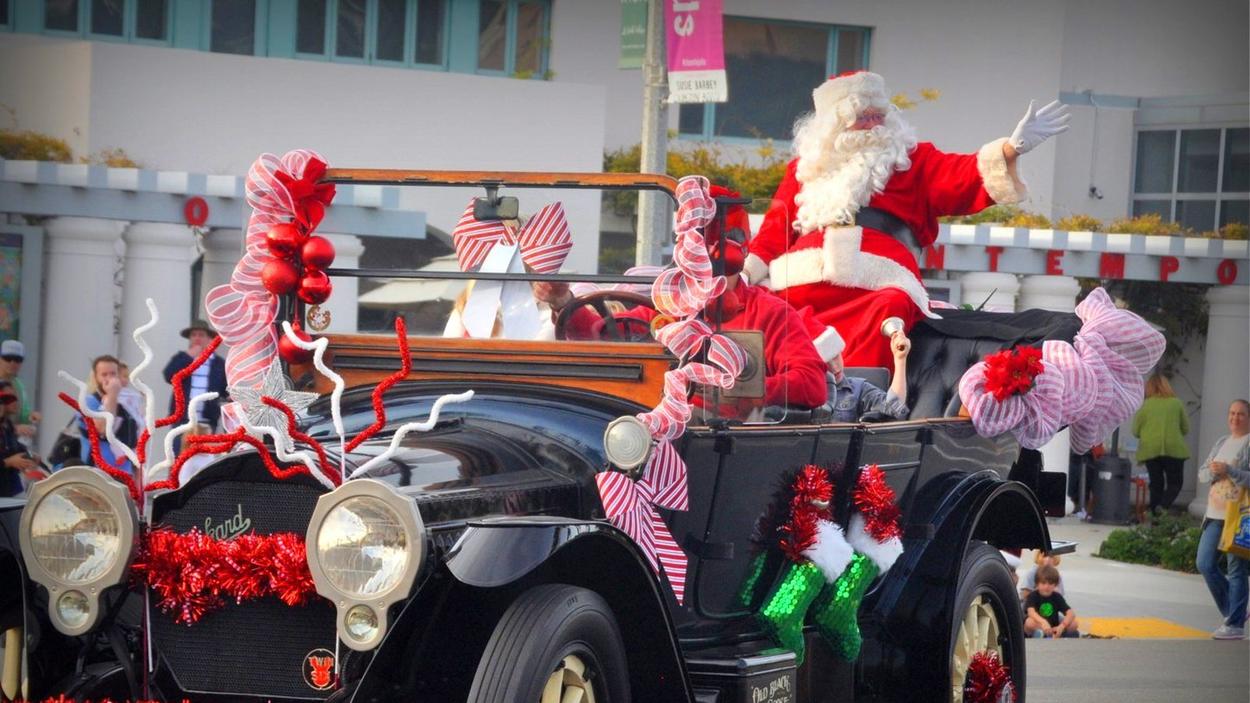 December 2
Spread some holiday cheer at the annual La Jolla Christmas Parade and Holiday Festival in downtown La Jolla! This fun, family-friendly event is a decades-old La Jolla tradition, and includes marching bands, community groups, drill teams, vintage vehicles, horses, and even a camel! The Holiday Festival begins at 10:30am outside the Athenaeum Music & Arts Library, with live entertainment and photos with Santa. The Parade kicks off at 1pm and will head along Girard Avenue.

December 1
This holiday season, sidewalks in Little Italy will be filled with holiday cheer for the 20th Annual Little Italy Tree Lighting and Christmas Village from 4pm to 8pm. Families, friends, and visitors will be able to experience a tree lighting ceremony, a Christmas Village with seasonal vendors, festive dÃ©cor, live music and entertainment, holiday treats, Santa Claus and more.

Santa Claus will be in attendance for meet and greets and photos with all the neighborhood kids and kids at heart starting at 4:00pm. Attendees can catch Santa at “Santa’s Living Room” on India Street and take pictures until 6pm. Next to “Santa’s Living Room” will be fun arts and crafts for the kids to take part in, and seasonal vendors selling perfect stocking stuffers and select Little Italy Mercato vendors with holiday goodies will be lining India Street. Don’t forget to check out the 25-foot tower of more than 1,100 beautiful Poinsettias, located in the center of Piazza Basilone! The community will gather at the neighborhood’s 20’ tall live tree (in the Piazza della Famiglia) at 6:30pm for an official lighting.

December 7 & 8
Join the festivities during Balboa Park December Nights, a two-day holiday wonderland of food, entertainment and fun. The sights, sounds and smells of the holiday season fill the air as the museums and cultural institutions in Balboa Park, the nation’s largest urban cultural park, open their doors free of charge. Festivities include carolers, live holiday music, twinkling lights displayed all over the park, theater and dance performances, and delicious holiday treats and foods from around the world. Grab a cup of hot cocoa and enjoy live entertainment and the holiday spirit.

December 7
Experience the magic of the holidays on beautiful Coronado Island this December. Festivities kick off at the Ferry Landing with Santa arriving at 3:20 PM, with carolers and snow fun at snow mountain. The Holiday Parade will kick off at 6pm along Orange Avenue, as the village transforms into a winter wonderland. Then, at 7pm, be sure to stop by Rotary Plaza for the Christmas Tree Lighting Ceremony hosted by none other than Santa himself.

Before or after the parade, shop in the stores along Orange Ave — they’ll have treats and festivities to make holiday shopping a memorable and relaxing time. 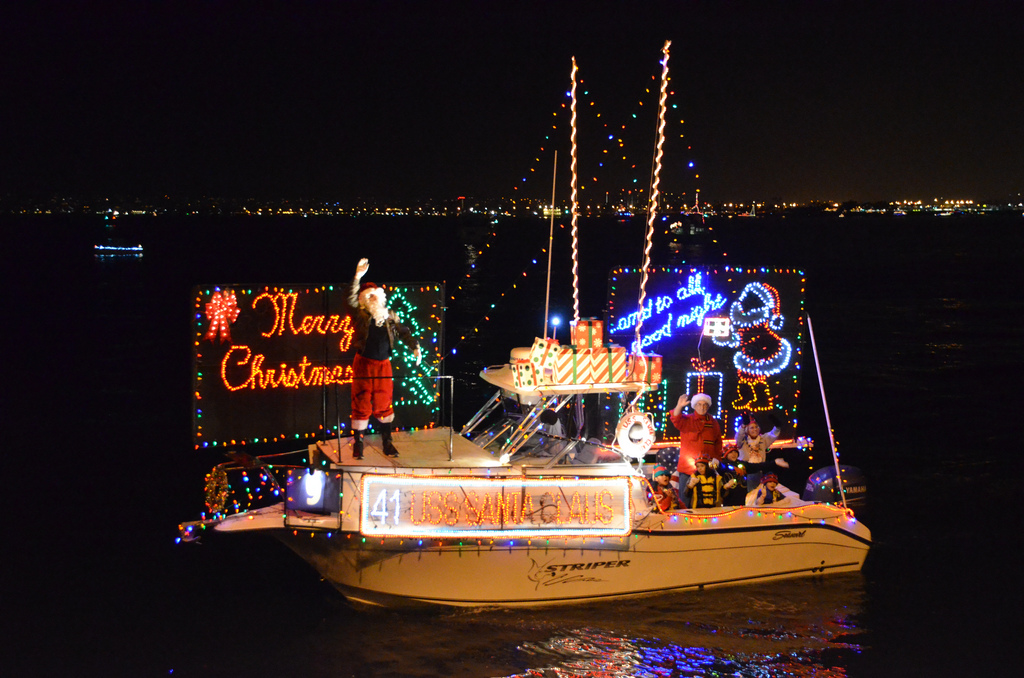 December 8
The Mission Bay Christmas Boat Parade of Lights, a uniquely California celebration, features boats decorated for the holidays that will sail around the Bay. This free, distinctly California holiday tradition features boats decorated for the annual holiday season that will sail around Mission Bay. A highly anticipated event in the San Diego community, dozens of vessels take to the water for the parade. The boat parade begins at 6:00 PM from Quivira Basin. Best viewing is from Crown Point, the east side of Vacation Island or the west side of Fiesta Island.

December 9 & 16
One of San Diego’s most anticipated holiday events returns Dec. 9th! Enjoy the twinkling waters of the San Diego Bay and more than 80 private boats decorated with holiday lights for the annual Port of San Diego Bay Parade of Lights over two weekends in December. Great views are available on dry land from Shelter Island, Harbor Island, the Embarcadero, Seaport Village, the pier at Cesar Chavez Park and Coronado’s Ferry Landing.

Skating by the Sea at Hotel Del Coronado

Nov 22-Jan 1
One of San Diego’s most beloved traditions returns to the Hotel Del Coronado this November! Visitors will get the chance to ice skate right next to the Pacific Ocean at the only seaside skating rink in San Diego. The spectacular ice skating rink is located seaside on Windsor Lawn and features stunning views of the Pacific and Coronado beach. The Del’s iconic Victorian Building, adorned with thousands of white lights, provides a magical backdrop as holiday music fills the air and guests enjoy hot chocolate and libations.

New this year, you’ll be able to reserve a private lounging spot in Frostbite, the Del’s rink-side lounge area. Guests will enjoy plush, private seating around a roaring fire pit with full food and beverage service. Choose from your favorite holiday-themed libations or snacks and enjoy unlimited hot cocoa and coffee as you enjoy watching the beachfront ice skating! 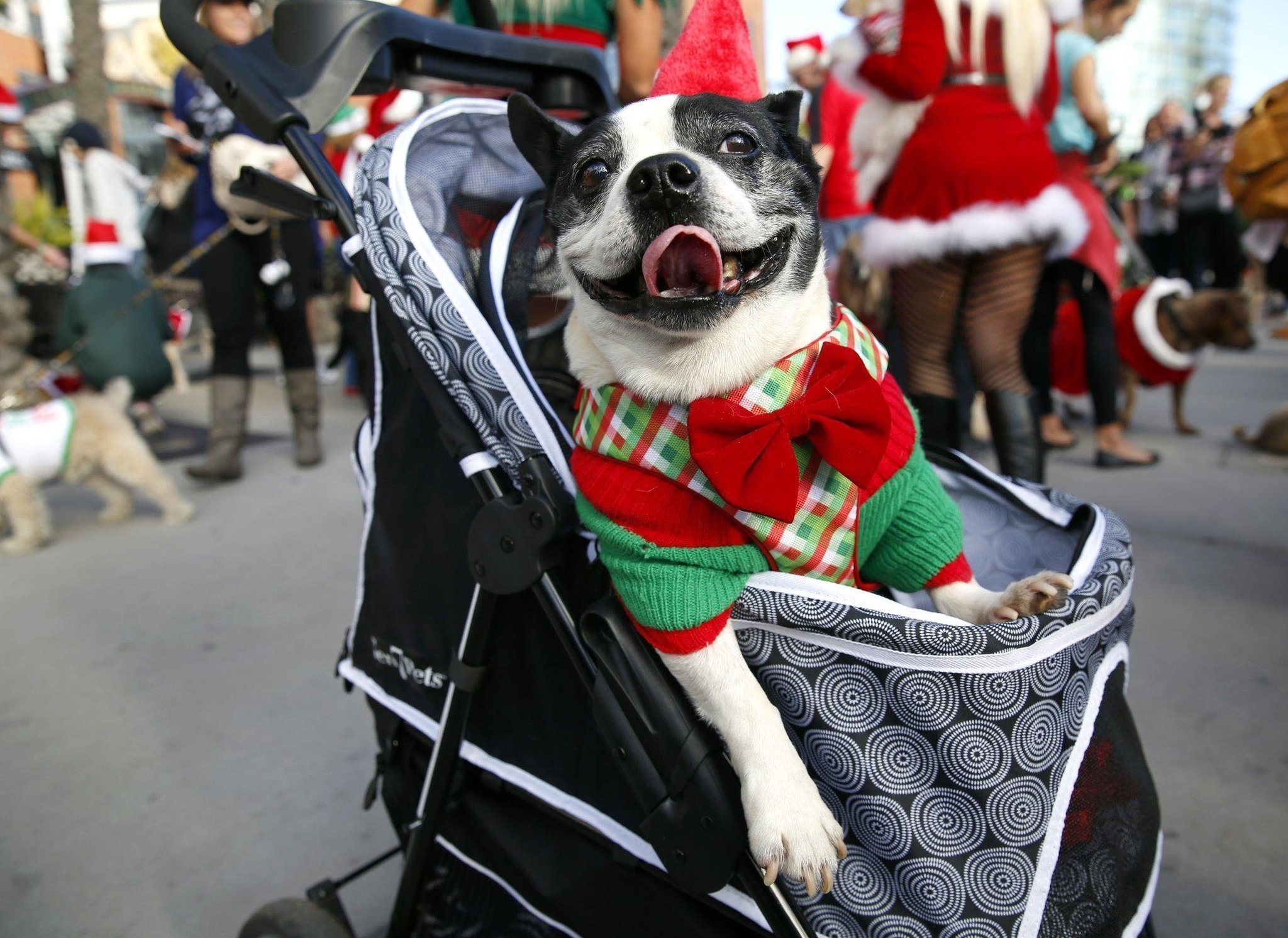 December 16
San Diego’s furriest family-friendly parade returns as the 11th Annual Vet & Pet West Gaslamp Holiday Pet Parade takes over the streets of the Gaslamp Quarter! Prepare to unleash holiday cheer through the streets of Downtown San Diego with your furry friends. All pet owners and their furry, feathered, and scaled companions are invited to don their favorite costumes and put their best paw, wing, and fin forward for this jolly promenade and pet expo, which starts and ends at MLK Promenade Park, adjacent to the Hilton San Diego Gaslamp Quarter (401 K Street, San Diego, CA 92101) at Fourth Avenue and K Street.

Entry to participate in the Pet Parade is just $15 per pet in advance, and $20 on the day of the event.

December 31
America’s Largest Balloon Parade returns to San Diego this December! The scenic, bayside streets of downtown San Diego will come alive with the 2018 Port of San Diego Holiday Bowl Parade on December 31st. As always, this exciting family event brings together world-class marching bands, magnificent floats, entertaining drill teams, and a procession of enormous balloons – more than any other parade in the US. Over 100,000 street-side spectators will enjoy the parade, along with a nationwide television audience in celebration of Holiday Bowl game day.

We know the holidays can be stressful, but they don’t have to be.  Whether you’ve visiting for one day in San Diego, a whole week, or you’re a local – we have a ton of things to do to keep your holidays lighthearted and fun. Stay tuned for more fun holiday activities in San Diego!