Tijuana Weather Guide: When to Travel in Baja 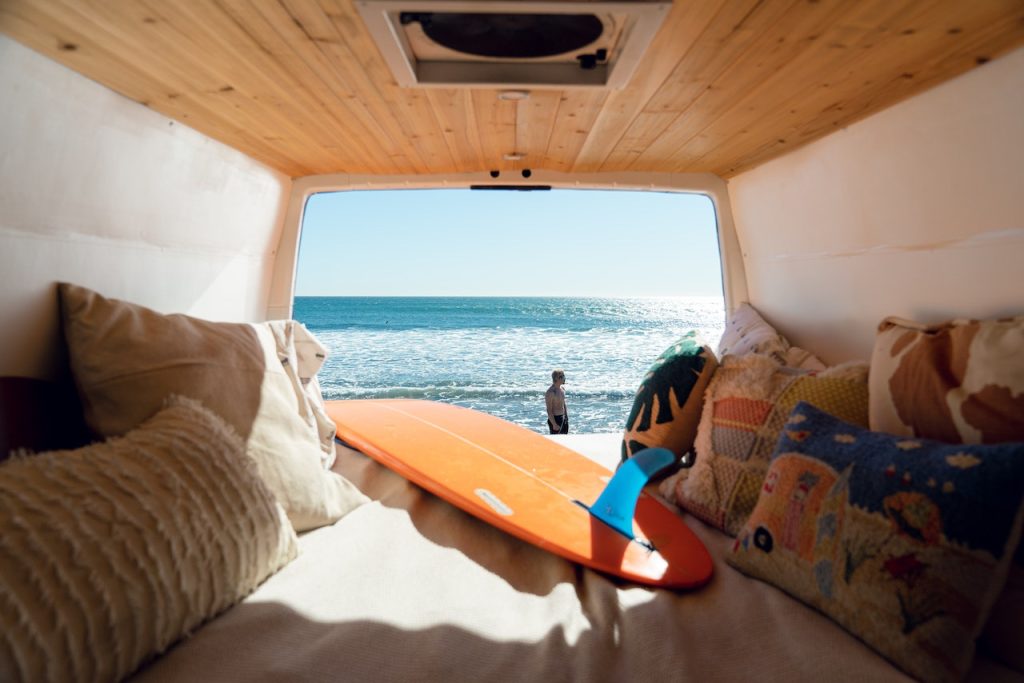 Tijuana is one of the most visited cities in the world, with a flourishing economy and extraordinary cultural wealth. It is located in the state of Baja California, on the northwest side, on the border with the United States. This city has a lot to offer its visitors: exciting activities, amazing and attractive places to enjoy its landscapes, events and cultural shows, its exquisite gastronomy, and a very pleasant climate–not too unlike the year round temperatures in San Diego.

The weather in Tijuana is similar to the weather in Rosarito, but with some key differences between the two cities. The climate in Tijuana is defined as a semi-arid, dry Mediterranean type. That is why in this city most days are sunny, summers tend to be a bit hot and dry while winters are cool and humid.

Its average temperature is between 50°F (10°C) and 65°F (18°C), although it can vary between April and May due to the fact that the Santa Ana winds are more frequent and make Tijuana’s climate a little warmer for a couple of days. Of course, before you get off the plane at Tijuana International Airport, you may want to get an idea of ​​what the weather is like beforehand.

Due to the geographical location of Tijuana, its temperature does not vary considerably during most of the year, so the seasons of the climate in this city are not very marked. In this city, the 4 seasons occur, but with some particularities regarding humidity and level of precipitation (which are usually scarce). But don’t worry about that. After all, it doesn’t matter how the weather is in Tijuana – there are various activities that you can do in each of its seasons! So pack your dresses and sunglasses because you’ll want to enjoy Tijuana year-round!

Seasons of the year in Tijuana

Regardless of the time of year you plan to visit Tijuana, you will find a good climate and a city prepared to make you live and enjoy excellent and unforgettable moments.

Spring in Tijuana begins around March 20 and ends around June 21. During this period, a transition occurs between the cool temperature of winter and the heat of summer. Little by little the climate begins to warm up as the summer season approaches. In general, the days are cool and the nights are a bit cold.

Tijuana receives a large number of visitors during this season, mainly on the days of Holy Week. Also, many students from the United States take advantage of spring break to visit Tijuana and its surroundings.

In the spring in Tijuana, the weather is cool and with little rainfall, so it’s a great time for you to enjoy a walk along the beaches of Tijuana and the Malecón, an international meeting point surrounded by different recreational centers. Revolution Avenue is a beautiful avenue that you can also walk through and get to know the main restaurants, night spots, and craft shops.

In March, the Valle de Guadalupe Festival takes place in Tijuana, where you can delight yourself with samples of gastronomy, artisanal wine, and live music. You don’t wan tto miss out on the Craft Expo, either. It’s held in May, a popular art festival where you can buy beautiful Mexican handicrafts.

In Tijuana, the summer season runs from June 21 to approximately September 23. During the summer in Tijuana, days are sunny and hot, particularly during the daylight hours. The temperature can reach over 100°F (38°C) and sometimes it rains in the afternoon or at night. However, the months of June, July, and August are quite dry and with very little rainfall.

Summer is the season of the year most frequented by tourism in Tijuana, since both locals and tourists usually take advantage of the season to attend cultural festivals and public events that take place in the city to promote tourism.

In summer, the sunny days and clear skies of Tijuana are perfect for you to enjoy the attractions that the city offers, such as practicing water sports, playing on the golf courses, strolling outdoors in the squares, city walks, and parks (such as Parque Morelos or Parque de la Amistad Tijuana).

The fall season in Tijuana begins on September 23 and ends around December 21. It is the shortest of the year, and during this season the weather is pleasant during the day and gets quite cool at night. Although it is not one of the seasons most frequented by visitors, it is excellent for exploring the different emblematic sites of the city on foot, shopping, getting to know different bars and restaurants, and enjoying the cultural festivals that take place.

The temperature during the fall is considered one of the most mild and enjoyable, so if you decide to visit Tijuana during this season, you can learn a little more about Tijuana cuisine in the restaurants located on Avenida Revolución. You can visit the different casinos in the city, which have a wide variety of machines and games. You will enjoy the brewery and craft tequila in local bars, as well as visiting the various cultural centers and museums in the city.

Among the festivals that take place in the fall in Tijuana are Entijuanarte, a festival of creative arts and culture, and the Tijuana Culinary Fest, in which the best chefs from Mexico and the world participate, offering 3 days of intense flavors.

Winter in Tijuana arrives on December 21 and lasts until March 20. During this season of the year, the climate in this city becomes colder and most of the year’s rainfall occurs, with March being the rainiest month. However, the rainfall that occurs during the winter in Tijuana is usually scarce and infrequent.

The winter season is a good time to visit Tijuana, as the weather is cool and the cold is bearable. Many tourists visit the city during this time of year to celebrate the Christmas holidays and enjoy the many forms of entertainment that the beautiful city has to offer.

Winter in Tijuana is mild and cool, so it’s enjoyable to walk down Avenida Revolución. Urban life in the city has excellent restaurants, bars, craft shops, and a very fun nightlife. If you are a fan of going to the cinema, you can also visit the CECUT and see a movie on its IMAX screen.

In December you can enjoy the Noches de Paz Christmas fair, where you can buy gourmet food, handmade crafts, and enjoy live music. The Christmas Village in Mexicali is also a good place to visit during these cold days.

The best time to visit Tijuana

Any time is good to visit this amazing city, as Tijuana’s climate is excellent throughout the year. However, choosing a season to travel to Tijuana will depend on your preferences, budget, and availability.

If you don’t like the heat very much, you can make your trip in spring, between the months of April and June, or in autumn, between October and November, since in these months you can enjoy quite pleasant daytime temperatures. It is great for taking walks in the open air and getting to know the emblematic places and cultural spaces of the city. In spring, there is a large influx of tourists, as many students from the United States have vacations during this period and spend them in the city.

On the other hand, if you like the heat of summer, the months of July to September are ideal to enjoy the sunny days and clear skies that are in Tijuana during this time. Also, it is very busy with tourists in these months, so there is a wide variety of tourist attractions, important festivals and activities to do, although the prices are a bit higher.

Before making your trip, it is very important that you know the weather and climate conditions that will be present at the time of your trip. You can help yourself out by checking the weather forecast in Tijuana, so that you can wear appropriate clothing. Remember that in this city, the weather is sunny most of the year, but from December to March it can rain and the nights are cold.

Due to the climate in Tijuana, it is recommended that you wear comfortable, light clothing made of breathable material and include comfortable shoes for walking, as there are different places in the city to walk and explore on foot. You should also pack a hat or cap to protect your head and a good pair of sunglasses.

Similarly, if you plan to visit Tijuana during the winter, it is recommended that you bring jackets or coats for the night, as it is a bit chilly. Also, don’t forget to bring your best going-out attire, just in case you’re heading to a meeting, fancy restaurant, or partying at a late-night bar.

What is the rainy season in Tijuana?

In Tijuana, the rainiest time is during the winter, from December 21 to March 20. During this season, the climate becomes colder and most of the year’s rainfall occurs (although it is isolated and infrequent), with January and March being the rainiest months.

Is it humid in Tijuana?

Tijuana’s climate is characterized as being semi-arid, with hot, dry summers and humid, mild winters. This means that most of the time the weather is hot and dry, except for the months from December to March, when there is more humidity in the environment.

Is it very windy in Tijuana?

In Tijuana, the wind is light, but this city receives the Santa Ana winds on some days in autumn or early winter. These are a meteorological phenomenon that brings with them very dry and hot winds, causing high levels of heat and lower humidity. They usually last two to three days.

Is it very cloudy in Tijuana?

On most summer days in Tijuana, you can enjoy a clear sky. Even in winter, when the sky can sometimes be partly cloudy, the weather is cool and pleasant.

How long are the seasons in Tijuana?

On average, each season lasts about 91 days. In Tijuana, fall and winter are a little shorter than spring and summer, differing by two or three days on each side.

Is it very hot in Tijuana?

The hottest days in Tijuana occur during the summer. In these months the weather is drier and the days are sunnier. The average temperature can range between 68°F (20°C) and the maximum at 95°F (35°C), with August and September being the hottest months.

There are many reasons to visit this dazzling city, and the incredible weather that can be found here is one of them. Whether you like the heat and sun of summer or prefer cool days and cold nights of winter, Tijuana is ready for you to enjoy fascinating places, recreational events, Cinépolis en Tijuana for watching movies, exciting activities, and excellent service at any time of the year.

With so many attractions that Tijuana offers – such as its hotels, bars, and restaurants – you should not hesitate to visit it and discover why it has become one of the most popular tourist destinations in the world. So don’t think twice. After all, the best way to see the weather in Tijuana is by actually visiting this beautiful place!

You can also read this article in Spanish here: Clima en Tijuana.