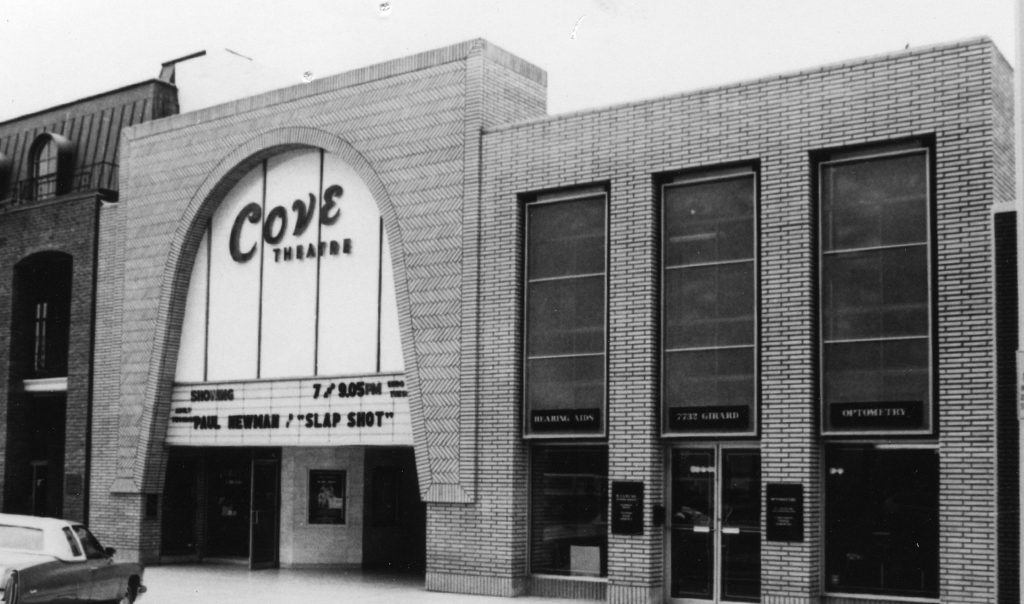 La Jolla has always had a passion for the movies. Throughout the course of its history, eight different theaters have existed in some form or another in the Village, the last being The Cove and now, The LOT (since 2015). The very first moving pictures shown were at the original La Jolla Cove Bath House in 1912, followed by an outdoor venue that same year.

Each of these La Jolla movie theaters had its own personality, and some are definitely more well known than others — especially among longtime locals! We looked into La Jolla’s rich cinematic history and got the story behind some of the oldest movie houses to be built here. 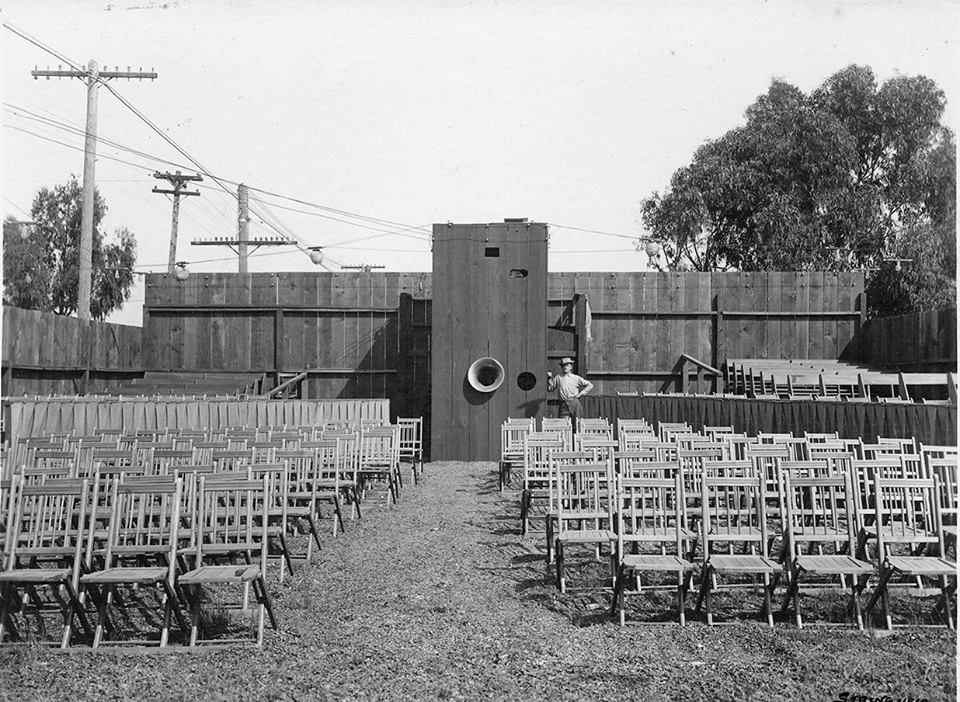 The first moving pictures shown in La Jolla in 1912 were in the auditorium of the bathhouse at La Jolla Cove by local entrepreneur (and apparent movie enthusiast) Willis Zader. In January of that year, a small group gathered, wide-eyed, to witness their very first motion picture lit up on screen; unfortunately, the Edison machine — which lacked a fire shutter — was quickly deemed a fire hazard. The operation was shut down after just two months.

Nevertheless, Zader persisted in his personal quest to bring motion pictures to the Village, and in the summer of that same year opened up his own outdoor arena of sorts at the corner of Drury Lane and Silverado Street (pictured above). Although that venue also proved short-lived, La Jolla’s long lasting love affair with movies had already begun.

A year after Zader’s outdoor theater shuttered, The Orient opened as a silent film venue at the corner of Wall and Girard. Not much is known about this early theater, but it seated 500 (more than the population of La Jolla at the time) and was purchased by the Stutz Brothers in 1915. They changed its name to the Garden Theater, and it remained so until closing in 1924.

In 1914, a rival La Jolla Theater opened across the street on Girard Avenue, attempting to catch the attention of the quickly growing movie audience. Sadly, it closed after just a short period of time; very little else is known about it. 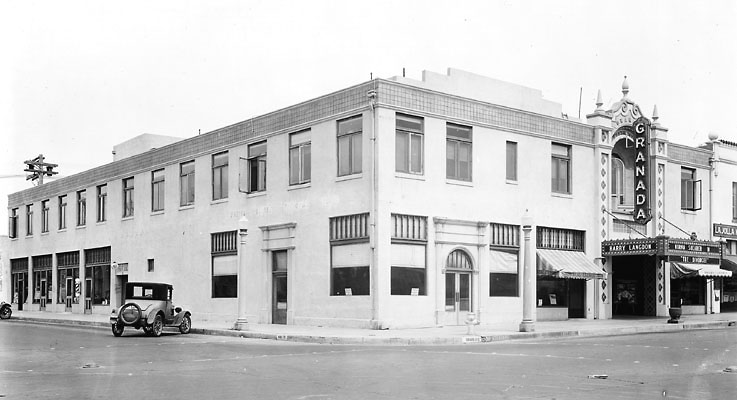 By 1924, one of the previously mentioned Stutz brothers, Louis, decided that La Jolla would now be able to support a larger and more up-to-date theater. So, he abruptly tore down the Garden and announced plans for a brand new theater, to be named The Jewel (very apropos!).

By the time of its debut in March of 1925, The Jewel had been renamed (again) to The Granada. Designed by architect William H. Wheeler and built for around $170,000, it was ornamental and lavish in a Spanish-Moorish theme — complete with seats upholstered in the finest Spanish leather and an elaborate pipe organ. A glass crystal bead curtain opened when the movie started, and gold-framed antique mirrors lined the walls of the lobby. It was La Jolla’s finest and most decorative theater to date.

With a whopping capacity of 712, it was heralded in opening ceremonies as La Jolla’s “finest playhouse of any city of her size in the land.” (source). Opening night featured “The Boomerang,” a full 70-minute silent comedy/romance starring Anita Stewart and Bert Lytell, a speech by the San Diego mayor, and a totally packed house. In May of 1929, the Granada showcased its first “talkie,” Mary Pickford in “Coquette,” and continued to flourish with top-of-the-line movies straight form Hollywood until finally closing in 1952. 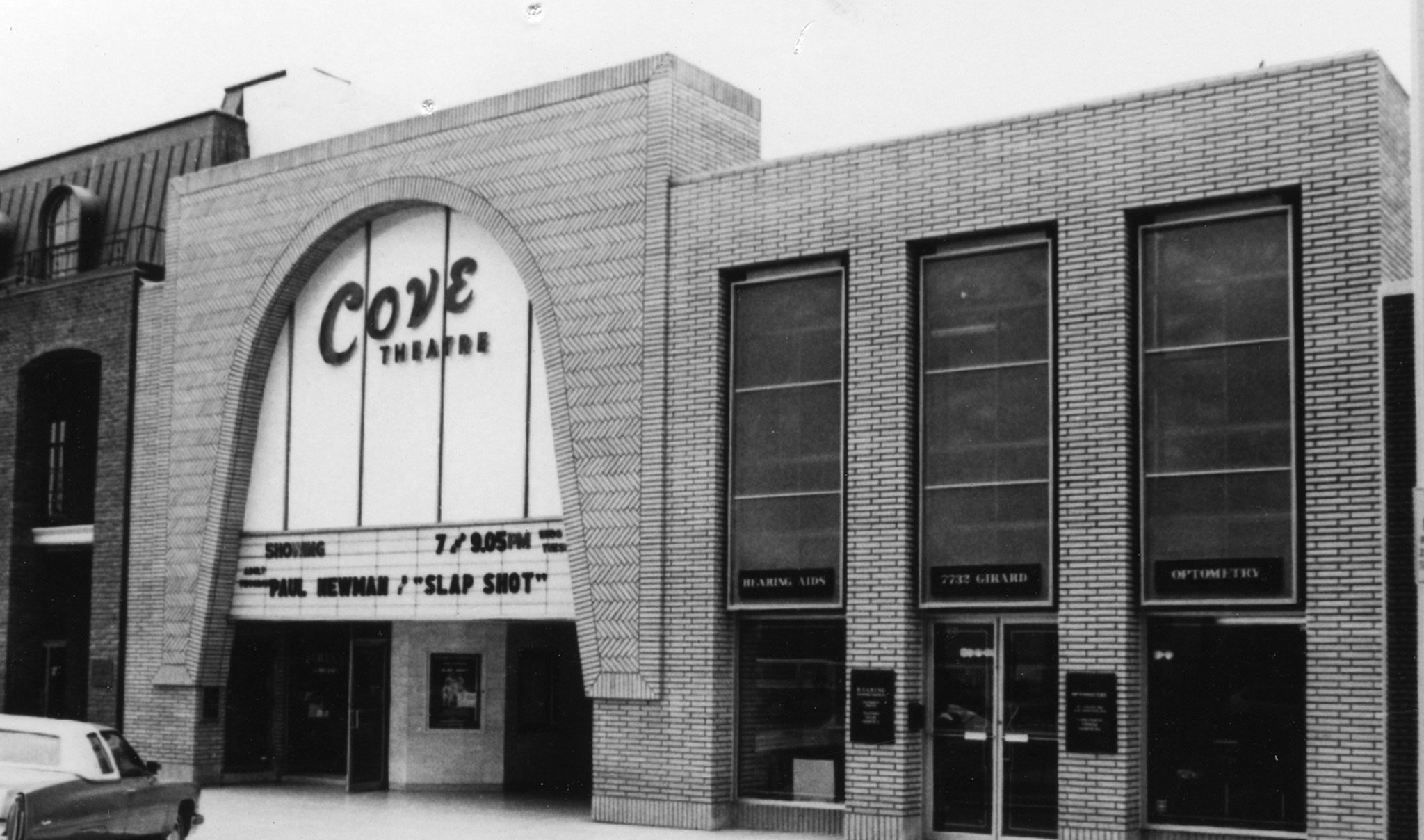 By the time the Granada closed its doors in May 1952, the new Cove Theater had been built on Girard, featuring a more toned-down faÃ§ade inspired by the colonial architecture of the East Coast, and seating around 650 patrons. Though initially financed by Major John H. Haring as a memorial to his parents (and originally named the Playhouse Theatre), it was purchased by the Granada’s owner, Spencer Wilson, and renamed The Cove after just a few months.

Wilson, much loved by locals, served as the manager/owner until it closed. The Cove was a local favorite, and arguably La Jolla’s most well known theater until it closed in 2003; the longest run of any La Jolla movie theater to date. 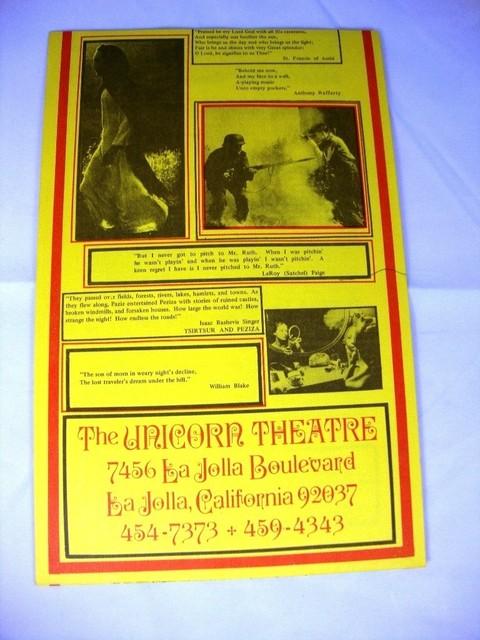 A unique art house and La Jolla’s first real “indie” movie theater opened in 1964 at the corner of Pearl Street and La Jolla Blvd., in the back of a small bookshop called Mithras Bookstore. Seating only about 200, the small space was dubbed the Unicorn Theatre and quickly became known for showing avant-garde and experimental films from all over the world, as well as selections from the silent era and vintage-era Hollywood. Although small and tucked into a somewhat out-of-the-way location (not to mention in the basement), The Unicorn developed a cult following early on, especially among younger residents.

The Unicorn opened with Adolfas Mekas’ “Hallelujah the Hills” and Francois Truffaut’s “Shoot the Piano Player.” It closed about 20 years later with the same lineup, much to the chagrin of many locals!

Today’s movie theaters consist of the ones we know and love: ArcLight La Jolla, AMC La Jolla 12, La Jolla Playhouse, and of course, The LOT La Jolla (further up is Cinepolis Luxury Cinemas San Diego). They are much larger and fill hundreds of more seats than the theaters back then; but it’s worth remembering these historic gems! For those looking for a bit of present-day nostalgia, the drive-ins are one of the holdouts when it comes to movies — both the Santee Drive-in and the South Bay Drive-in are popular today (though ticket prices are much higher now!).