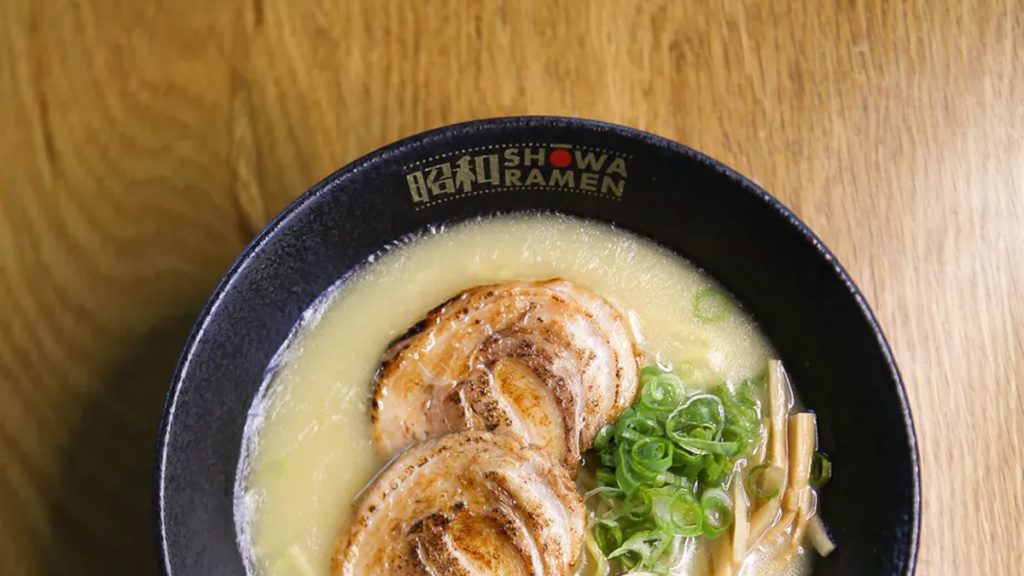 A new ramen shop from local restaurant group Showa Hospitality has landed at the University of California San Diego (UCSD), serving students and nearby residents.

The restaurant, Shōwa Ramen, is located in the North Torrey Pines Living and Learning Neighborhood, a mixed-use development at UC San Diego, according to Eater. The development is located near La Jolla.

Of course, there are also popular broths like Tonkatsu and Miso, as well as chilled, soup-less ramen dubbed Hayashi Chuka. The spot will even serve Chinese-style ramen, including mabo tantan with kakuni (pork belly).

In addition to the ramen offerings, customers can expect other delicious options such as rice bowls, appetizers, and salads. The restaurant will also offer vegetable-based, vegan, and seasonal ramens.

Inspired by the retro Shōwa era of Japan — which lasted from 1926 to 1989 — the restaurant itself will feature a clean and minimalist design that blends both new and old.

Showa Hospitality, the group that runs the new ramen stand, is known for existing restaurants throughout San Diego County, including several in La Jolla. Some of the locations under the Showa banner include the Taco Stand and Himitsu Sushi.

In addition to the new offering at the UCSD campus, Showa Hospitality is also readying a new Tokyo-styled cocktail bar that will soon open on Convoy Street.

The new North Torrey Pines neighborhood is located on the UCSD campus in La Jolla but is open to both students and non-students.