A plan to improve the streetscape in La Jolla’s village has received the green light from both the Development Permit Review Committee and the Traffic & Transportation Board.

On Dec. 14, the DPR Committee voted unanimously to approve the plan. A day later, the T&T Board voted 6-1 to green-light it, the La Jolla Light has reported. Back in November, the Planned District Ordinance Committee also voted to approve the project.

The plan itself is a $15 million endeavor that seeks to renovate and improve Girard Avenue between Silverado Street and Prospect Street, as well as the “The Dip” at Prospect. 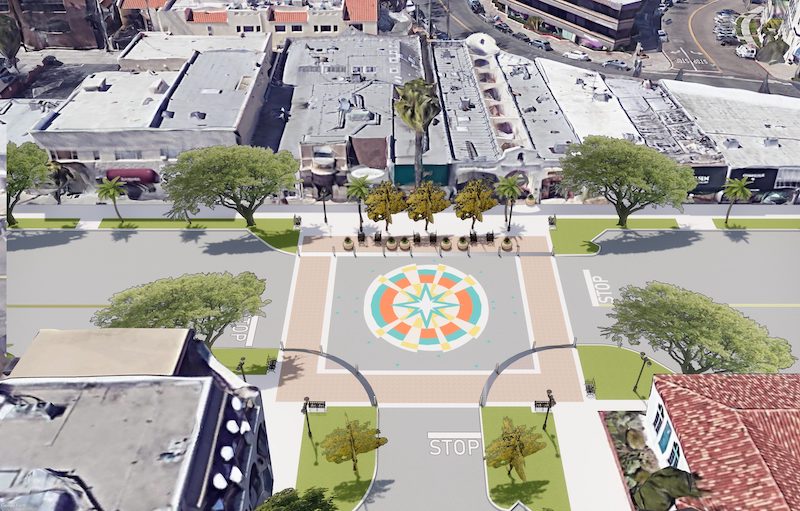 There will be four phases to the plan, including the creation of a plaza at The Dip, a midblock crossing on Girard Avenue, and the renovation of the intersection at Girard and Wall Street. In each phase, the plan also includes additional landscaping, bench construction, and lighting or artistic elements.

Mark Steele, the founder of architectural company M.W. Steele Group, said the project has been sponsored by an umber of local community groups, including Enhance La Jolla and the La Jolla Community Foundation.

“We wanted to let everyone see what The Village can be and get more excitement going before we do The Dip,” said Steele.

The team behind the project is reportedly getting ready to enter the final design phase, but has yet to apply for the necessary permits to actually carry on with any of the four phases.

However, the group plans to start working on renovations on Girard sometime in 2022. More information about the project can be found at enhancelajolla.org.

The banner photo for this article is courtesy of enhancelajolla.org.