If You Have $50,000, You Can Name a Little Blue Penguin at the Birch Aquarium 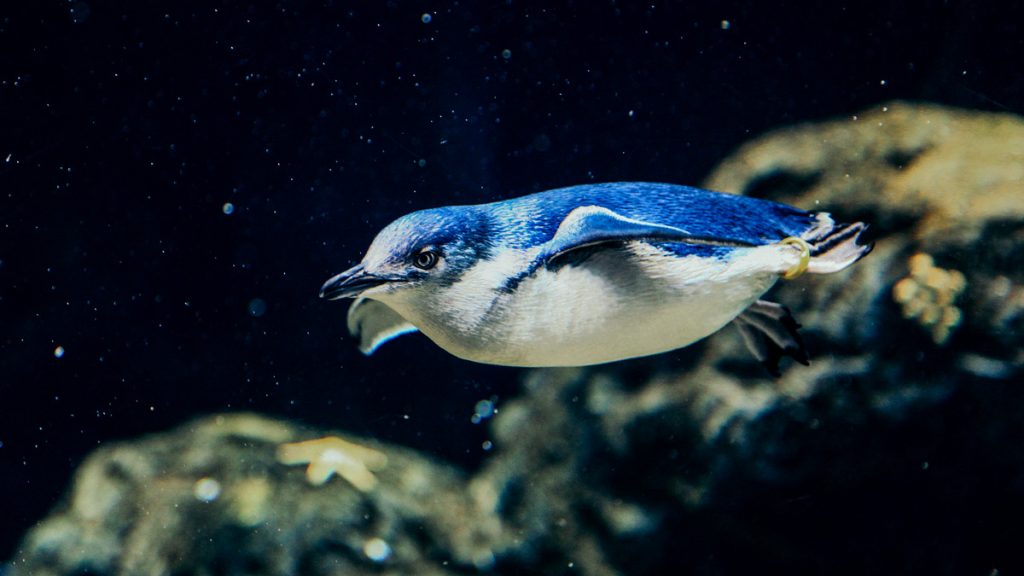 The Birch Aquarium in La Jolla is selling the rights to name its little blue penguins for $50,000 each to help fund a new exhibit highlighting the seabirds.

There are a total of 10 little blue penguins that will be the centerpiece of the largest new exhibit at the UC San Diego Birch Aquarium, the La Jolla Light reported earlier in February. As of Feb. 5, the aquarium has sold rights to name five of the birds.

The Birch Aquarium will reveal the names in April as part of a campaign to promote the new $2.8 million habitat. The habitat will be the only one west of the Rockies to feature little blue penguins and is slated to open on July 1, 2022.

Little blue penguins are the smallest species of penguin. They generally measure less than a foot tall, weigh about three pounds, and can be found on the coastlines of Australia and New Zealand.

A post shared by Birch Aquarium at Scripps (@birchaquarium)

“Little blue penguins are charismatic and, by naming them, we hope to allow our guests — and, in fact, our entire community — to connect more deeply and in different ways with the exhibit’s content,” said Jennifer Moffatt, senior director of animal care, science, and conservation at Birch Aquarium.