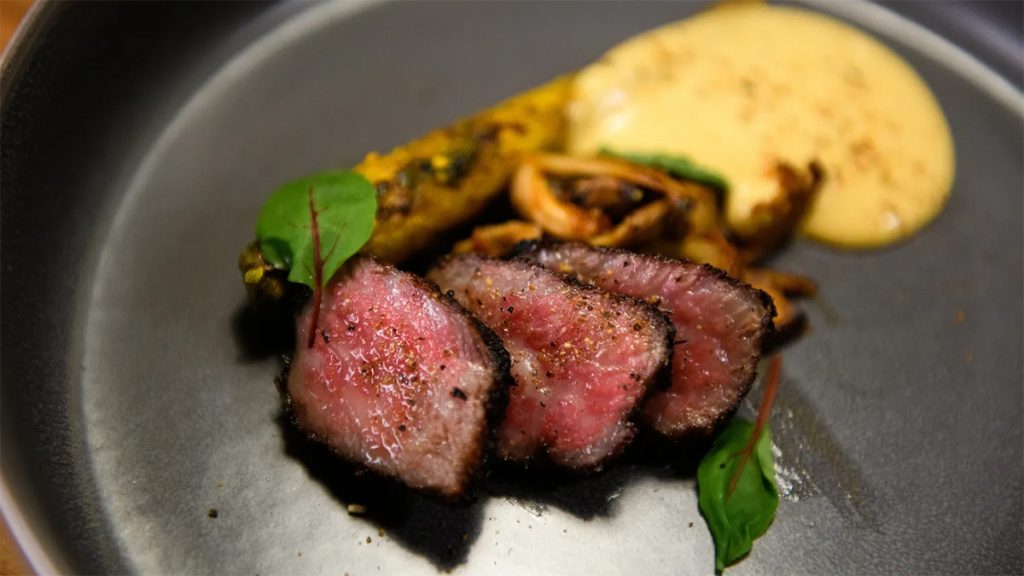 Swagyu Chop Shop in Pacific Beach, the well-known wagyu beef-focused restaurant, is expanding into Japanese barbecue at its flagship location as it eyes additional expansions.

The front patio of the restaurant’s flagship location in Pacific Beach, just a hop and a skip from La Jolla, is now home to a pair of binchotan-fueled grills cooking up Yakiniku, or Japanese barbecue, according to Eater.

Binchotan is a type of hardwood charcoal used in Japanese cuisine that takes on the natural shape of the wood used to make it. It’s generally harder than black charcoal — and results in stunningly delicious food.

Starting on July 8, the outdoor grills will be cooking up Yakiniku, which translates to “grilled meat.”

It’s just one part of Swagyu’s plan to expand into other areas.

The Swagyu Chop Shop is both a restaurant and butcher shop with a strong focus on wagyu beef, which is sourced from a specific Japanese breed. The restaurant is known for its signature wagyu smashburgers, but its menu also includes a number of other steakhouse-style items.

Recent additions to that menu include dishes based on a whole animal allocation partnership with Sakura Farms, as well as a six-course wagyu tasting menu.

The restaurant group is also opening a Swagyu Burger location in Poway at the end of July, expanding its Imperial Beach location to a full-service restaurant, and eyeing a steakhouse and cocktail bar opening in Oceanside by 2023.

Swagyu is also heading to Maui and other locations in the Hawaiian Islands, and owner Steve Brown told Eater that he is also working on an outpost in Mira Mesa that will offer Japanese barbecue and burgers.

To help him with the expansion, Brown has also brought on James Montejano — known for La Valencia and Huntress — to oversee culinary operations.