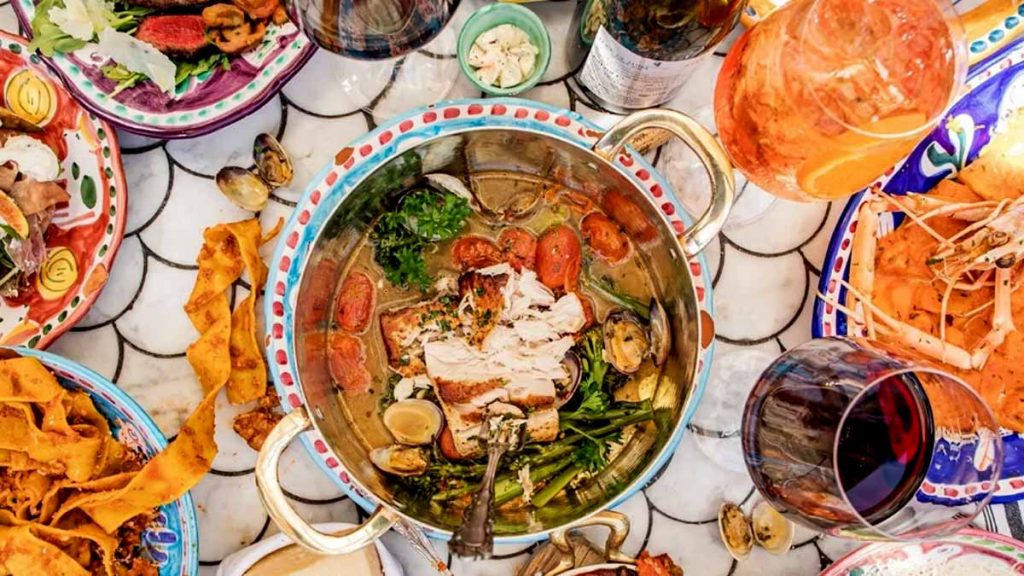 Cesarina Restaurant Group, known for its Italian restaurant in Point Loma, is planning a new pizzeria and cheese shop across the street from its original location.

The group is known for Cesarina, a well-received Italian restaurant that largely focuses on homemade pasta. Later in 2022, Cesarina Restaurant Group will open Angelo, a new project focused on crafting wood-fired pizza.

The restaurant, which will be across the street from Cesarina, will put a modern spin on traditional Neapolitan pizza, including customizable pizzas, house favorite combinations, and gluten-free and vegan varieties, according to Eater.

Alongside a range of different pizza options, the menu at Angelo will also include antipasti such as cuppo Napoletano — a deep friend street food snack — and suppli, which are fried rice balls. You can also expect other entrees baked in the aforementioned wood-fired oven.

Notably, the pizzeria will also have its own cheese-making facility that will produce a variety of different cheeses to top its pizza, including burrata, mozzarella, and various regional specialties from throughout Southern Italy.

Customers will be able to buy cheeses individually alongside Mezzoni’s made-to-order Italian cakes. Eater reports that Angelo will also serve as the hub for the group’s e-commerce and catering businesses.

Located in a former warehouse, Angelo will feature a blue-tiled storefront, an 820-square-foot outdoor patio, and a 1,300-square-foot interior.