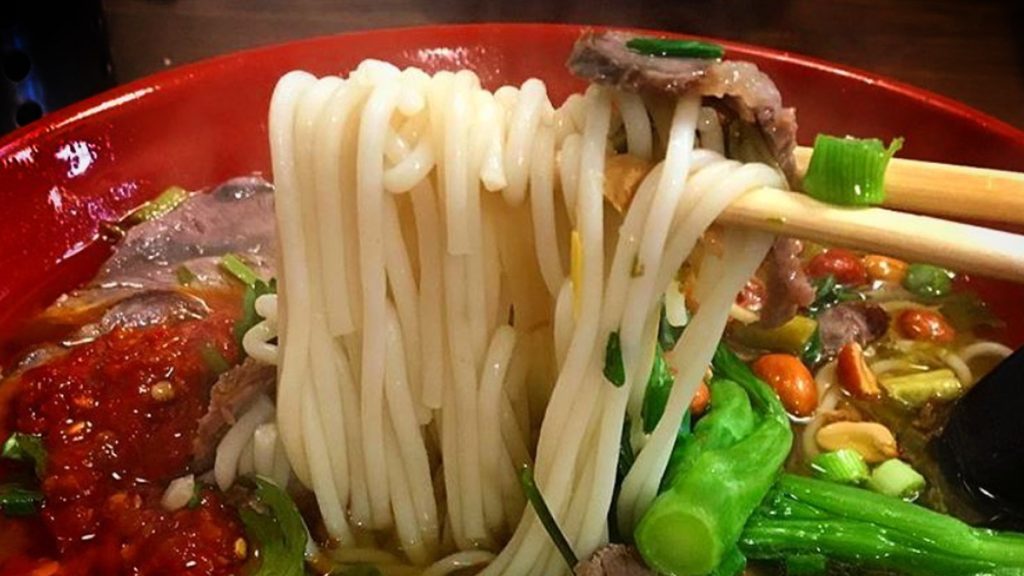 The traditional Chinese noodle shop, which is located at the south end of the Westfield UTC mall, officially opened its doors in February 2022, according to Eater San Diego.

Qin West Noodle’s menu features authentic dishes in a fast-casual setting. Options include traditional fare from four Chinese provinces, including the northern region of Shanxi and the southern area of Guangxi.

From the North, customers can order liang pi, which are cold noodles topped with chili oil, or lamb paomo, a dish of bread soaked in broth. Guangxi-inspired entrees include a pair of pungent noodle soups called luosifen and guilin mifen.

Many dishes come spicy, but customers can also tailor them to a milder level of heat.

First founded in Los Angeles in 2012, Qin West Noodle’s first location was the Chinatown food hub Far East Plaza. It has since opened locations at many universities in the L.A. and Orange County areas, including UCLA, USC, and UC Irvine.

Qin West Noodle is located between Veggie Grill and Eureka! Discover American Craft on the southern side of the mall. It is open daily from 10 a.m. to 8 p.m. except for Sunday, when it’s open from 11 a.m. to 7 p.m.

In addition to the fast-casual noodle shop, Westfield UTC will also soon see the opening of a new restaurant by global hot pot chain Haidilao.

The banner photo for this article is courtesy of @qin_west_noodle