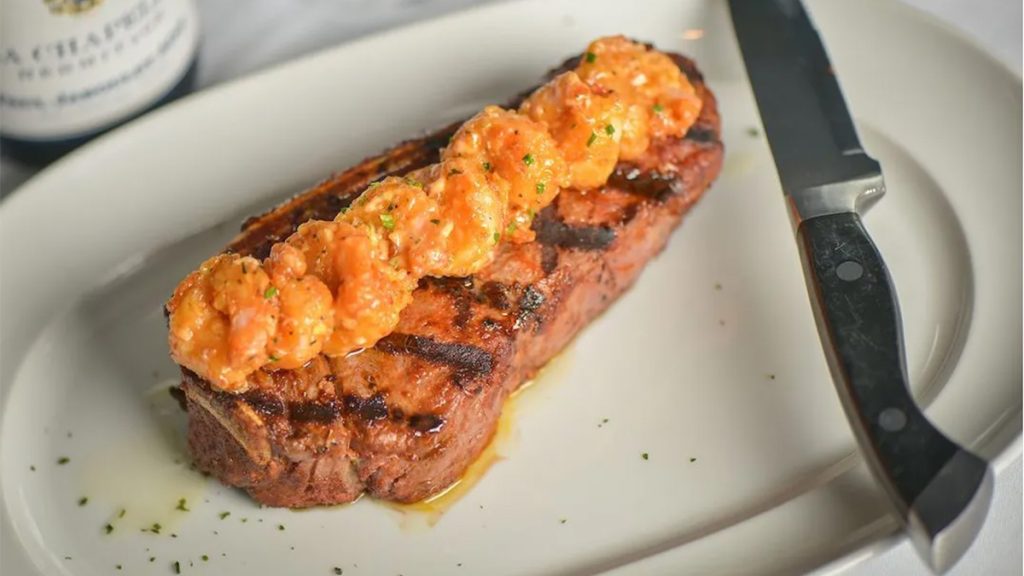 A massive new luxury steakhouse by the founders of Mastro’s Steakhouse is set to arrive in Del Mar Highlands by the spring of 2023.

Steak 48 — which has locations in Houston, Chicago, and elsewhere — will open a San Diego outpost at the corner of Del Mar Heights Road and El Camino Real. According to Eater San Diego, the steakhouse will take the spot that was formerly occupied by Searsucker.

The fine dining restaurant will span 12,500 square feet and will feature multiple dining areas with views of its glass-encased kitchen. There will also be eight suites for private dining, an in-house butcher shop serving up hand-cut steaks, and a wine vault with more than 3,000 bottles.

It’ll feature a menu focused on prime steaks that have been wet-aged for 28 days, domestic and A5 wagyu beef, and an extensive seafood and raw options bar.

Steak 48 is known for seafood options such as chicken-fried lobster tails, Alaskan king crab and rock shrimp mac & cheese. There are also, of course, steaks topped with selections ranging from burrata to black truffle green peppercorn sauce, and they will offer wagyu tartare.

Expect the vibe to be ultra-luxurious and extravagant. Steak 48 locations are known for a strict and incredibly detailed dress code and a $100 minimum order per person requirement.

The Steak 48 brand was co-founded by brothers Jeffrey Mastro and Michael Mastro, along with their father Dennis Mastro and business partner Scott Troilo. Back in 2013, the Mastros sold their well-known steakhouse chain Mastro’s Steakhouse to Landry’s.

Although not located in La Jolla, the San Diego Steak 48 location will be in Del Mar, the next city over — and could serve as a high-end option for those looking for a luxury steakhouse experience.