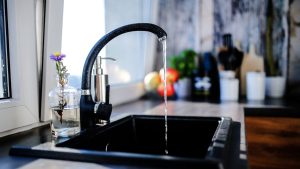 Water is one of the most important resources in the world. Because of that, you may be wondering about the quality of the tap water in your region. After all, you bathe in it, wash with it, and possibly drink it.

Some cities across the globe are renowned for high-quality and pure tap water — but is San Diego one of them? Our city is implementing more and more measures to clean and monitor the cleanliness of the ocean water across all San Diego beaches and surf spots, but this article is focused on tap.

Here’s what you should know about the tap water quality in San Diego, California, whether you already live here or are planning to move to San Diego.

The following are some of the most frequently asked questions about the tap water in San Diego.

Can You Drink Tap Water in San Diego?

Yes, many people safely drink the tap water (and even more brush their teeth with it) throughout San Diego County. Many people in the city already do, with or without filtration systems. More than that, the city puts out a regular water quality report with data and testing results taken from throughout the region.

If you’re curious about water quality, the full report is well worth reading (and it’s surprisingly easy to understand). The gist of the report is that San Diego’s tap water quality generally meets the Environmental Protection Agency’s regulatory requirements. That means it’ll be safe to drink.

That doesn’t mean that contaminants won’t be present in the water. A good option is to test the water coming out of your tap yourself and invest in a water filtration system if you’re concerned.

The question of water quality comes down to a variety of factors. Although San Diego tap water is safe to drink, some people complain about the taste and hardness levels.

There are a few reasons for that. Like most coastal Southern California cities, San Diego needs to import its water from elsewhere. In fact, as much as 90% of the water comes from the Colorado River. Because of the long transport time, the water has higher chlorine levels than in other cities.

In other words, how you rate San Diego’s tap water on a scale of quality depends on the specific criteria you’re looking for. It could differ depending on taste, hardness, or contaminants.

Yes, San Diego has hard tap water, which means that it contains a high mineral content. The city’s water supply usually measures between 200 to 300 parts per million (ppm) in water hardness — and typically toward the higher end of that range.

As with all hard water, San Diego’s tap water is considered “hard” because it has a high amount of dissolved calcium and magnesium. Water becomes hard when it collects these minerals on a journey via underground aquifers and aqueducts.

While people complain about its effects on plumbing and faucets, water hardness doesn’t really have a negative impact on health. In fact, there’s some evidence that water hardness may have moderate health benefits, but more research is needed.

Which Cities Have the Best Water?

Now that we have a firm basis about the quality and safety of San Diego tap water, we can look at the cities in the world that have the best-quality water. As you’ll quickly learn, San Diego doesn’t break into the top six.

Iceland is a beautiful country, with a rich history revolving around its Viking ancestors, but it’s also notorious for its pristine water quality. To begin with, most of the natural water in Iceland comes from springs, which means that there isn’t a need to worry about pollution coming from up the river. In addition to the naturally clean water, Reykjavik also boasts a rather strict control board when it comes to their tap water. Their water is extremely low in things like chloride, nitrite, and calcium.

Countries like Switzerland, Austria, and Lichtenstein are all so deeply embedded in the Alps that much of their water comes from streams of melting ice water farther up in the mountains. This water trickles out through multiple levels of sediment and rock, purifying itself, and starts so high up that there is a lack of pollution. Some of the lakes created from these streams are so clean that you could drink from them without any concern (though we don’t advise this!). Bern makes its way onto this list because the water coming from the ground and streams is further purified and minimally treated before being given to the citizens of the town.

Despite only having access to two rivers, Des Moines uses this to their advantage and has implemented a rigid and tight filtration system of the water they have. Their water, out of all the cities in the US, had the lowest levels of bacteria and chlorine. Some of their success can be attributed to the transparency they have with their populace and the sensors they have installed in the river to detect nitrites and other things people want to keep out of water. The city website updates every few days to advertise the quality and metrics of the water that the public is receiving, so that’s also great, as well!

Toronto may have some of the most strict examination and filtration of their water in North America. The water, drawn from Lake Ontario, is passed through a gambit of filtration systems before it even comes out the tap. These systems are tested daily, with tests of the water actually occurring every six hours. With such repeated and thorough testing of the water, visitors and natives alike can feel confident drinking water from any fountain or tap.

Aside from the notorious Oktoberfest celebration, Munich boasts some of the cleanest and healthiest water in Germany. Tests have actually concluded that Munich’s water is better than bottled water, and city officials have encouraged the citizenry to fill up from the tap rather than create plastic bottles, which are one of the largest plastic polluters by far. This clean water is not only in part due to the chemical and mechanical filters the city implements in cleaning the water, but also drawing the water sources from nearby Alpine streams.

However, not every city listed is as fortunate to have clean water sources or such rigorous and high-quality filtration systems. Whether they lack the resources to keep it pristine or there are other issues at hand, unclean water can be a serious issue. Fortunately, more advanced water filtration – such as an RO system – can transform murky tap water into delicious drinking water. A quality reverse osmosis (RO) system can be a major difference in water that is high in chloride or calcium, and water that is clean and free of unwanted minerals.

In addition, implementing RO systems allows for people to cut back on the large plastic waste that is generated by only drinking bottled water, especially since most bottled water brands get their water from the same cities and put it through the smallest level of filtration possible. It’s a win-win overall. And no matter where you live or what city you call home, though, here’s to enjoying a nice and refreshing glass of water today!