How Much Is Weed Tax in San Francisco? 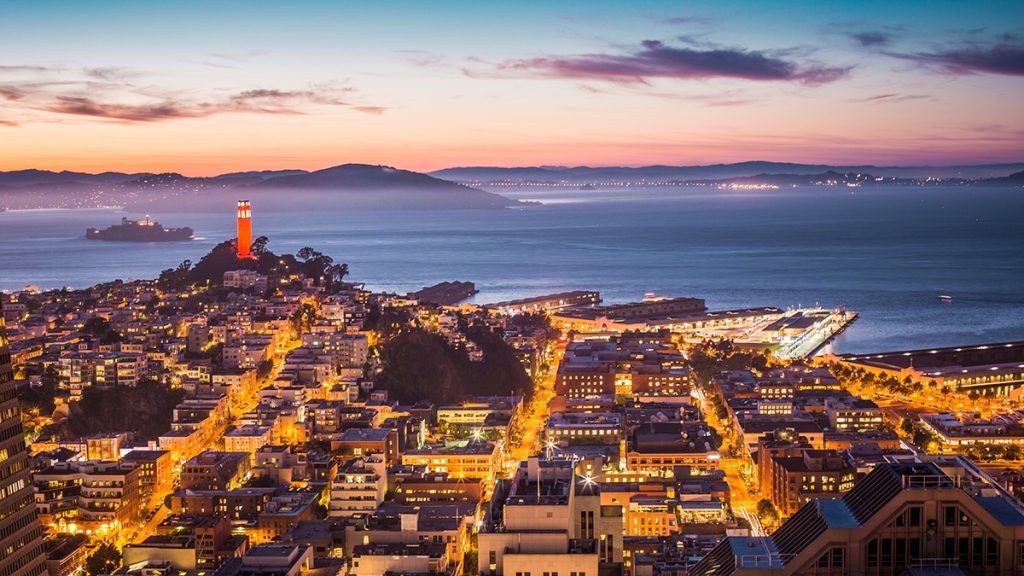 San Francisco has oodles to offer. Incredible Bay views, a thriving art community, incredible history, sensational dining and entertainment – there is something for every personality in the Golden City.  San Franciscans even have the luxury of enjoying some of the best bud in the nation.

Thanks to Prop 64, Californians can relish and appreciate all types of weed, and do so legally.  However, while San Franciscans have the freedom and flexibility to savor the benefits of legalized weed (and CBD, of course) – not many people are aware of the ins and outs of San Francisco cannabis tax.  If you’re curious about San Francisco weed tax, or simply wondering why legalized pot is so expensive in San Fran, then read on for the details about SF weed tax.

While it may seem expensive and inconvenient on your wallet, San Francisco marijuana tax could be considered a blessing in disguise.  To explain, a chunk of those hefty marijuana taxes paid by consumers, retailers and growers go towards funding important governmental programs and supporting city infrastructure.

For instance, according to NBC News, almost $400 million in San Francisco cannabis tax revenue went to SF child care services and was also earmarked to help thousands of kids living in poverty in the City during the 2021-22 fiscal year.

Regardless, there is a hot debate about SF weed tax.  Firstly, many San Franciscans believe that pot is severely overtaxed.  Furthermore, pot tax laws often force some legal weed retailers to jack up the cost, sometimes even gouging consumers.  What’s more, the types of taxes on marijuana in San Francisco are multiple and often confusing.  Here are the various types and rates for weed taxes in SF, as well as explanations for each tax on marijuana.

An excise tax on pot is a mandatory, legislated, federal tax that San Francisco dispensaries and retailers must pay on top of the purchase price of pot paid to marijuana suppliers. This tax applies to both medical and recreational adult-use marijuana for sale, as well as pot cultivation operations.

Currently, the excise tax on pot in San Francisco is a whopping 15%.  While as a consumer, you don’t pay that weed tax directly, the expense is often passed on to you when you buy legal marijuana. To explain, in order to recoup that heavy-duty excise tax, retailers are under pressure to hike up the price of pot to consumers in order to break even in business.

In the same way you pay California sales tax on a new pair of sneakers, you also pay sales tax on marijuana. State tax is mandatory, and retailers are required to collect it in order to keep their business in compliance with state laws and regulations.

To date, the sales tax rate for the state of California on weed runs as low as 7.5% and as high as 10%. The fluctuation of state sales tax rates can be explained by factoring in local base rates, plus district rates which vary from city to county.

This tax is paid by consumers like you on top of the wholesale price of pot at the time of purchase at a dispensary.  The only way to get around not paying California state tax on pot is if you have a valid, state-issued medical marijuana (MMJ) card, in which case, you are exempt from paying this sales tax.

County and city governments are also taking their piece of the pot pie.  Local governments can tax marijuana sales at their discretion. The Cannabis Business Tax rate can range as low as 1% and as high as 15% depending upon where you purchase legal marijuana across the state of California. Currently, the San Francisco weed tax on pot businesses and dispensaries is between 1% – 5%.

This tax, in most cases, is passed on to you, the consumer, at the time of purchase. Cannabis business tax is paid on top of the wholesale price of pot, and it is also paid in addition to state sales tax.

As mentioned, people who have a valid, state-issued MMJ card, are exempt from paying state sales tax on marijuana. Nevertheless, all other cannabis taxes must still be paid regardless if you have an MMJ card or not.

That means, if you are purchasing pot for recreational use without an MMJ card, you stand to pay a significant amount of taxes at point of purchase. When you add up all the taxes, the result can be a rude awakening and a big sticker shock on the end-sum of the price for weed.

In spite of the fact that San Francisco cannabis tax could potentially be put to good use by funding government programs such as public transportation and childcare services – there is a far more disturbing downside to excessive taxation on pot in the Golden City.

While Prop 64 legalized pot in California, the proposition also imposed the mandatory 15% excise tax on weed.  This excise tax in addition to state and business tax rates lead to ultra-high cost of pot, which has become counterproductive to the primary initiative set forth by Prop 64 in California.

To explain, one among the various reasons marijuana became legalized was to reduce and prevent drug-related crimes during acquisition, possession, distribution or sale of weed.  Ironically, illegal marijuana sales are skyrocketing, regardless of the legalization of pot in November of 2016.  Much of the reason for the rise in illegal pot operations today is due to excessive taxation on marijuana.

In fact, illegal sales of marijuana in California have exploded into a staggering $8 billion dollars per year.  This is double the amount of legal sales in the state. What’s more, California is still faced with fighting illegal pot operations and has reported up to 500 raids on unlawful pot distribution in 2022, according to the LA County Sherrif’s Department.

Recently, San Francisco suspends weed tax in an effort to counteract illicit sales, reduce drug-related crime and prevent potential harm to the citizens of the City.  In June of 2022, the SF City Board of Supervisors unanimously approved legislation to suspend the City’s 1% – 5% Cannabis Business Tax through the end of 2022.

The suspension of the Cannabis Business Tax is an attempt to support legitimate, hard-working, legal dispensaries. Law-abiding dispensaries have struggled with the excessive tax issue for the last 6 years, so there is significant hope that this deferment of the tax will give dispensaries a fighting chance to compete against illegal pot operations.

The temporary tax lift is expected to support the legal cannabis industry, its employees, and its customers.  Ideally, this short-term legislation should also reduce crimes such as pot thefts at dispensaries, and ultimately stimulate consumers to purchase legal marijuana from dispensaries instead of through illegal sources.

The Last Word on Weed Tax in San Francisco

Ultimately, when San Francisco suspends weed tax, the results should ideally be optimal for both dispensaries and consumers.  Will this recent tax deferment make the positive impact legislators are anticipating? That’s still an unknown quantity, and only time will tell if this new change will render improved solutions for legal pot sellers and users alike.  In the meantime, you can take advantage of this new legislation until the end of the year by heading out to Project Cannabis San Francisco and relishing a stellar high without the sky-high price associated with it.