Is Weed Legal in San Francisco? 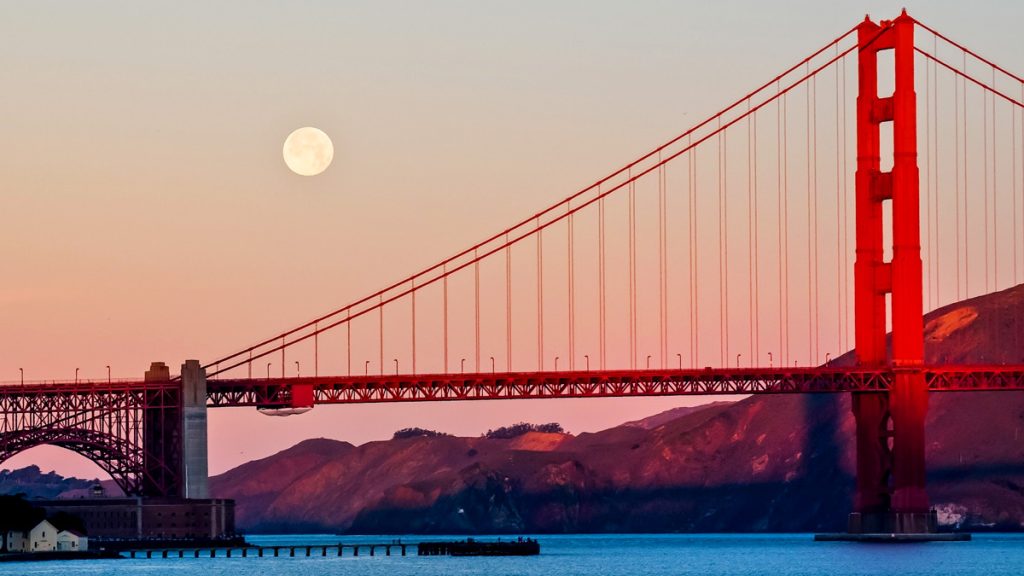 All across the U.S., states, cities, and other local forms of governments are moving to legalize marijuana possession and usage. San Francisco, California is no different.

California passed Proposition 64 back in November 2016. When that law came into effect in 2018, it changed marijuana laws throughout the state — from San Francisco weed laws to San Diego weed laws.

Here’s what you need to know about marijuana laws in San Francisco, including specifics about consumption, possession, and cultivation.

Although using cannabis is legal throughout the state of California, the state government still has restrictions and regulations governing its use and cultivation.

Additionally, some municipalities have different citywide regulations, which is why it’s useful to know the specifics of the law in your city before consuming or purchasing weed.

Is Marijuana Legal in San Francisco?

Back in 2018, California legalized cannabis for both medical and recreational use. Because San Francisco falls under the jurisdiction of California state law, marijuana use is legal in the city.

In general, San Francisco residents can possess small amounts of marijuana. Cannabis can be consumed in private homes if the owner is okay with it. Additionally, Californians can consume some cannabis at some San Francisco dispensaries if those locations have a lounge or area specifically for consumption.

It is, however, illegal to sell cannabis without a permit or purchase it from a non-licensed retailer. (Because of that, it’s helpful to get familiar with the best dispensaries in the Bay Area.)

Here are some additional details on San Francisco marijuana laws when it comes to medical and recreational use.

Recreational Marijuana Use in San Francisco:

Like all of California, recreational marijuana use is legal for anyone aged 21 and older. There are restrictions on how much an individual can carry on their person at one time, however.

Purchases of cannabis for recreational use are also subject to California’s marijuana taxes.

Medical Marijuana Use in San Francisco:

Medical marijuana laws in San Francisco are a bit different than recreational regulations. For one, you only have to be 18 years old to apply for and hold a medical marijuana card.

There are no restrictions on how much cannabis a medical marijuana patient can carry. However, the amount must be “consistent with the patient’s needs.” Sales taxes are also not levied on medical marijuana purchases in San Francisco.

Anyone aged 21 and older can purchase marijuana recreationally from a licensed dispensary or business. Medical marijuana patients must also go through a regulated weed shop, but can be aged 18 or older.

It’s worth noting that only businesses with a Retail Cannabis Permit from the city of San Francisco and a state license can legally sell cannabis. Even so, there are dispensaries all around San Francisco. From dispensaries near Oracle Park, Outer Mission, Lakeshore and more – you are certain to find a state-licensed shop to meet your needs.

Generally, it’s okay to share weed with others for free, but it is against the law to sell it without valid permits and licenses.

Do You Need a Weed Card in San Francisco?

Under current San Francisco weed laws, you do not need to hold a weed card or medical marijuana permit to purchase cannabis within the city. This only applies to consumers who are 21 years of age or older, however.

If you are under 21, you’ll need to have a weed card to purchase medical marijuana. Even then, marijuana is still illegal for anyone under 18 years of age.

Possession of Marijuana in San Francisco

There are a lot of questions about how much weed you can carry. Under Proposition 64, which became law in 2018, adults 21 years of age and older can legally possess up to 1 ounce, or 28.5 grams, of cannabis. Alternatively, they can have up to 8 grams of concentrated cannabis.

As mentioned earlier, that changes slightly for medical marijuana consumers, though the amount medical patients carry shouldn’t be excessive.

Can You Fly From SFO With Weed?

The question of whether you can fly from San Francisco International airport with cannabis is a bit trickier. This is because marijuana is still illegal under federal law, which generally governs air travel.

Specific airports have different policies depending on their location, however. SFO, for example, will generally not confiscate your marijuana as long as you are traveling within California or to a state where cannabis is legal.

Because of the potential for violating federal law, it’s recommended that cannabis users skip taking their weed to the airport.

Under California and San Francisco marijuana laws, residents can grow up to six cannabis plants in their home or a locked, enclosed outdoor space on their property. The cannabis plants must not be visible to the public.

Medical marijuana patients can grow up to 12 cannabis plants for their own use.

Can You Smoke Weed in Public in San Francisco?

Under California law, cannabis cannot be consumed in most public places. That includes sidewalks and parks, near schools or daycare centers, inside most buildings, and at outdoor public events.

That applies even to vaping cannabis. Generally, consumers cannot use cannabis in any place where tobacco use is restricted. However, there are certain 420-friendly events in San Francisco when consumption is allowed within venue guidelines.

Marijuana and the Workplace

Although marijuana is legal in California, there aren’t surefire protections in the workplace. That’s because a 2008 California Supreme Court ruling indicated that employers aren’t required to accommodate cannabis use.

What that means, essentially, is you have no guarantee that you won’t be fired for marijuana use. Additionally, employers can still drug test their employees.

Driving Under the Influence of Marijuana

It is also illegal to drive under the influence of marijuana. For all intents and purposes, you should think of cannabis like alcohol. Driving and cannabis don’t mix.

Although recreational use is legal, it’s illegal to operate a car, aircraft, vessel, or other types of transportation while under the influence of marijuana. It’s also illegal to possess an open container of cannabis while driving or riding in a vehicle.

Where to Buy Recreational Weed in San Francisco

As mentioned earlier, you can purchase cannabis at licensed dispensaries and retail shops. Luckily for visitors and residents, if you’re looking for a cannabis dispensary in San Francisco, there isn’t a shortage of options. So whether you are trying to find CBD, edibles, flower, bud or smoking accessories, you’re sure to find what you’re looking for in San Fran.

Some of the best dispensaries in SF include top-rated businesses like Project Cannabis, which offers in-store shopping, pickup, and delivery on a range of flowers, concentrates, vape pens, topicals, and other products.

Project Cannabis has several locations, including a dispensary near Chase Center. Proj Can also prides itself on expert education, high-quality product, and excellent customer service. All of that results in an easy experience for buying weed in San Francisco.

Marijuana use in San Francisco is legal under state law

If you’re asking, “Is weed legal in San Francisco?” — the answer is yes. As we’ve covered, because California has legalized marijuana use, customers in San Francisco can purchase, consume, and even cultivate use throughout the state.

While there are still restrictions and regulations to follow, you won’t get in trouble for cannabis use in the Golden State.