Everything You Need To Know About California Cannabis Tax 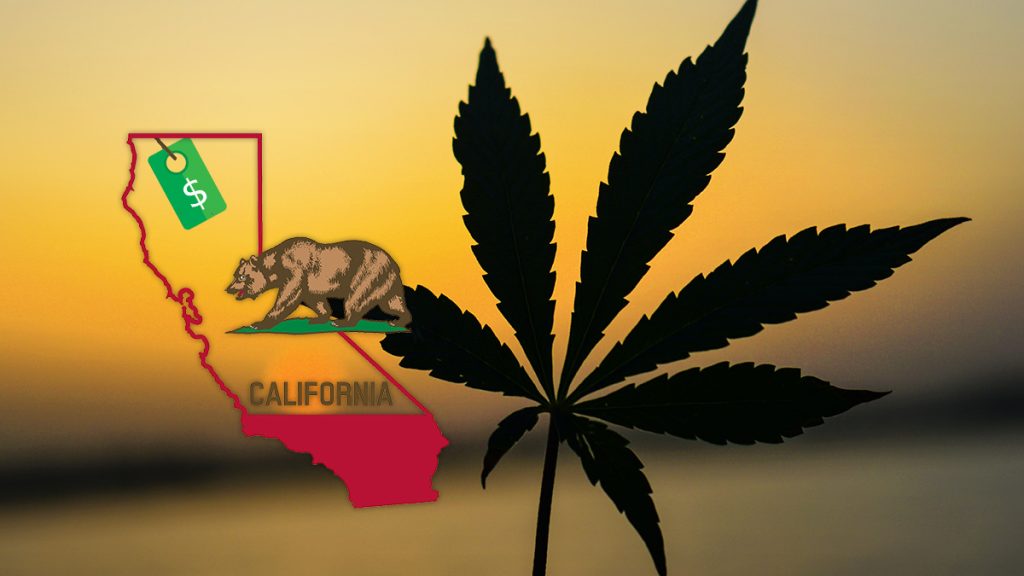 Weed is legal in California for both recreational and medical use. However, that legality comes with both rules and taxation by the state.

In 2016, California voters passed Proposition 64, which legalized marijuana use for adults aged 21 and up. Cannabis then became a regulated industry, with standards, rules, and taxes applying to growers, retail shops, and more.

If you’ve ever wondered how cannabis businesses and local dispensaries are taxed in the state of California, here’s everything you need to know about the California cannabis tax.

What is California’s Cannabis Tax?

Proposition 64 created a pair of new excise taxes on recreational cannabis. The weed tax in California applies to both retail sales as well as cultivation.

If you’re asking, “how much is cannabis tax in California?” or you’re just curious about what an excise tax is, you’ve come to the right place.

What Is An Excise Tax For Marijuana?

An excise tax is levied on the sale (or cultivation) of specific goods and services. They’re also known as selective sales or differential commodity taxes, depending on who you ask.

Generally, excise taxes are placed on items such as alcohol, tobacco, and fuel like gasoline. Experts don’t consider them direct taxes since they’re generally paid by the seller or producer of a specific item.

What Is The Excise Tax Rate in California?

As we’ve mentioned, there’s not just one excise marijuana tax in California. The two excise taxes in California apply to retail sales and cultivation, so there’s a specific tax rate for both.

In California, there’s a 15% tax on the retail price of marijuana. Think of that as the California dispensary sales tax.

It’s also worth noting that the California cannabis tax is just how marijuana is taxed at the state level. Proposition 64 also authorized local governments to impose their own taxes on cannabis, so the two excise tax rates are just part of the taxes that most marijuana businesses are paying.

What Is A Cultivation Tax?

A cultivation tax is a tax levied imposed on all harvested cannabis. Growers and cultivators of cannabis need to pay the tax — even before they sell their products to retailers.

The tax doesn’t apply to immature plants and seeds but only to flowers and leaves that enter the commercial market. The tax is levied based on the weight and category of the cannabis.

There are three categories in the cultivation tax: “cannabis flowers,” “cannabis leaves,” and “fresh cannabis plants.”

For example, cannabis flowers are defined as the “flowers of the cannabis plant that have been harvested, dried, trimmed or untrimmed, and cured, and prior to any processing by a manufacturer.” Cannabis leaves are defined as any part that’s not the flower.

The state defines fresh cannabis plants as the “flowers, leaves, or a combination of adjoined flowers, leaves, stems, and stalk” that are either cut off just above the roots or otherwise removed from a plant.

In addition to the excise tax, fresh cannabis plants must also be weighed within two hours of being harvested and recorded in California’s track-and-trace system.

How Much Is The Cultivation Tax in California?

Cultivators must pay those taxes before selling the cannabis to a retailer or distributor.

What Is The California Cannabis Sales Tax?

The California cannabis sales tax is what most people think of when they think of a marijuana tax in the state. It applies to dispensaries and cannabis retailers like Project Cannabis Hollywood.

As of Jan. 1 2018, the California cannabis sales tax is imposed on all retail purchases, including medical and recreational sales. Distributors must calculate and collect the amount of excise taxes they provide to retailers.

The excise tax applies only to actual cannabis. Accessories like pipes, rolling machines, papers, or vape batteries are subject to the standard California sales tax, but not the weed tax.

How Much is The California Cannabist Sales Tax?

The California cannabis sales tax is 15% on all retail sales. That includes both recreational and medical sales at licensed businesses.

As mentioned, this isn’t necessarily a direct tax on consumers since retailers are required to pay it. However, the cost of the tax is generally included in the price of the cannabis and then passed on to customers.

The cannabis cultivation tax is currently the law of the land in California, but that might not be the case forever.

In May, California Gov. Gavin Newsom included a proposal in his 2022-2023 state budget to lift the cannabis cultivation tax. That proposal needs to be approved by two-thirds of the state legislature, but Newsom is working with lawmakers to get it done.

If lifted, there would be no cultivation tax on cannabis. Instead, marijuana would only be taxed when sold by a retailer.

Advocates for California cannabis tax reform point to studies showing that marijuana tax revenue would increase substantially if the cultivation tax is approved.

Tax Relief Could Be Coming for California Cannabis Growers

With the state tax and municipal or county governments imposing local taxes on weed, California cannabis businesses currently pay quite a lot in taxes. However, a change could be coming.

However, if state lawmakers approve Gov. Newsom’s proposal, the cultivation tax could become a thing of the past.